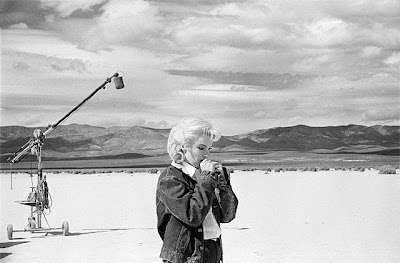 if i were asked to cite the one major side-effect of note in the process of becoming a biographer, i'd have to go with the identity crisis. because, man, is it ever acute.

bear in mind, i'm progressing at a snail's paces towards a there that is, likely, not there. this is a process into which i've barely dipped a toe, and yet, at nearly every turn there seems to arise some monumental ethical question that demands the establishment of a particular truth that will set the tone for the type of biographer i am to be.

this has come up in matters large and small. but most importantly, it has arisen in the matter of my name.

i've been on a bit of a lucky streak. you wouldn't know it because everything i've done has been done under different names. my portfolio reads hilariously schizophrenic.

on a saturday morning several weeks ago, during an unexpectedly long walk through blistering winds to an endpoint that was not located at the intersection of state and 47th, jmills grilled me on what i was doing with all these names. why, in my professional pursuits, was i faffing about as faith eaton and faith caroline eaton and f.c. eaton? why on earth wasn't i just being oline?

i laughed and made excuses. but, when i thought about it later, what she was saying made an enormous lot of sense. because of flannery o'conner.

who could ever, upon hearing it, forget the name flannery o'conner? really, would she have been so well remembered if she'd stuck with mary?

i am trying to be a biographer for, like, for real, and while i actually quite like my name, as the tremendous anxiety it has prompted indicates, it is not working for my purposes here. i've been trying to write as faith caroline eaton and i simply cannot.

so i am going to be oline. officially. professionally.

as in, i emailed the people in london and asked them to change my name with enough conviction that they wrote back profusely apologizing that they had initially gotten it wrong.

there is no going back now. it would be unconscionable to make them to change it again.
by oline

I'm sorry I grilled. I'm glad I made sense.

you were right to grill. you usually are.

Dude, Fat Caroline Eaton is far more memorable than "Oline." Why hast thou forsaken the "did you know?" sidebar on page 457 of the 2079 edition of the Norton Anthology of American Fiction?!

"Why hast thou forsaken the 'did you know?'" may be my favorite thing anyone has ever said.

and dude, congrats! i hope you and your shrine maiden will be very happy.

oline eaton. i knew that was going to be misleading when i wrote it. bah.

eh, we'll say the confusion was on account of the reader.