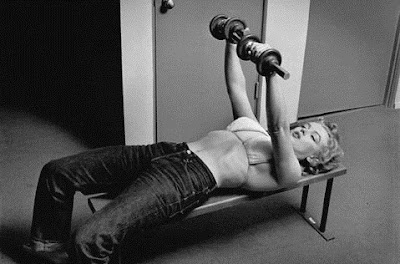 so there was this little while last spring when i was all OMG, i, like, totally don't have the time to work on jackie in paris, because jackie in paris is going to be soooooooooooo hard and i'll, like, have to ratchet up the wherewithal to work hard. and that is, like, simply expecting too much.

then, as all times do, that time passed and for a brief shining moment there was a clearly illuminated path of how things were going to go.

i was going to write people letters. people were going to respond to them. and the book that i'd put off all along because it was so difficult was going to be the easiest thing in the world to do.

that clarity lasted about a week. then, as most always happens in cases of clarity, everything was muddled again.

because jackie in paris is, indeed, so hard, in the effort to unmuddle, i have flailed about grasping after anything i can find. essays! blogs! short stories! sex toboggans! huzzah!

i realized today that i am sloppily steering six ships at once.

this isn't as fool-hearty as it might seem. short stories on sexy dancing provide an effective antidote to the sense of hilarifying fraudulence produced by being an unmarried, childless woman discoursing on the subject of "mothering." and the amount of reading required to have something to blog about every day gives one a surprisingly odd lot to say outside that context as well.

so there is movement. these are, however, micromovements.

and when every movement is a micro-movement, it's difficult to gain momentum.

in the naked lady bar last week, in the midst of what i like to call The Great "Footnotes: Friend or Foe" Smackdown, sensei asked me to take the ring to mordor. to essentially do with jackie book, ver. 1.0, what i had originally set out to do, which was to make it a biography about writing biography.

it fucking is not.

and yet, as i recently mined through jackie book 1.0 looking for topics that would work as stand-alone features, i confronted the reality of how far it still needs to go. and i felt, for the first time, almost ready to pick it up again and push it there.

there is one tiny hindrance.

i have not needed the jackie magazines for the last five years. i was done with them and, accordingly, modified my renters insurance policy so they are a part of it and then stuck them away in the darkest corner of the top of my closet in nine boxes that weigh a solid forty pounds each.

the problem is this: i need those magazines. now.
by oline

Email ThisBlogThis!Share to TwitterShare to FacebookShare to Pinterest
filed under: biogrophiled, in the closet

My writing, or rather my ability to produce writing, has greatly benefited from having more than one thing going on. I think when you just have One Book, it can be paralyzing, because it seems to require everything and you think you can't do everything. But when you have a few things, you realize it's not everything and can approach it without that fear or stress that This Is It.

Then again, the other things can be distracting. There's probably some happy medium, but I haven't found it yet.

there is a tremendous freedom in keeping things fluid, i find. in being able to shift back and forth when you hit a wall. i feel like this is counterintuitive to everything they ever taught us in school, but it works, so maybe it is the happy medium.