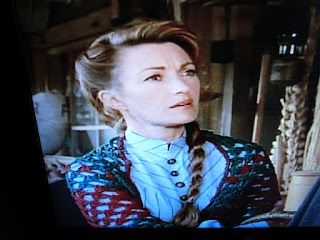 i am watching dr. quinn. all of it. from the beginning. 7,125 minutes. 118 hours. this would be incredibly embarrassing if it weren't something i had totally done before. twice.

but, as usually happens when you watch something a million times, each time you see something new. for instance, this time around, i have realized that i have never screamed anyone's name in public, something they apparently had cause to do in colorado springs at a rate of at least twelve times per hour.

k.clen makes the point that this may have been the natural result of the absence of phones, but really? please note, zack morris only had that huge-ass phone that he rarely used, and he still managed not to make a spectacle of himself calling for kelly ten times per scene.

ten minutes into the pilot, we know who they are. i would argue that over the course of the following 7,125 minutes, we are not likely to forget.
by oline

Email ThisBlogThis!Share to TwitterShare to FacebookShare to Pinterest
filed under: medicinehead