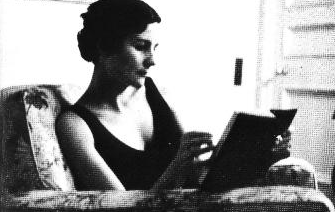 in the arena of nonfiction publishing, things tend to move at a pace otherwise unacceptable in the natural world.

since first reading volpone in dr. william mcclung's spring 2001 survey of english literature 1375-1785, i have been waiting to read more about lollia paulina, the woman who, wearing the gems of her family's pillaged kingdoms, "came in like starlight, hid with jewels," "emeralds and pearls strung alternately, glittering all over her head, hair, bandeau, necklaces, and fingers" though, according to pliny, "it was on no great occasion." a historical figure known solely for having worn an expensive dress to a casual dinner. for nearly a decade i have found this gloriously hardcore. alas, lollia only just this year got a wikipedia page. a full book is, i fear, eternities away.

this is one of the many problems with nonfiction. a figure will languish without sparking interest for years and years and years and then, from seemingly nowhere, there will be veritable bonanza. as though someone threw open the tap, from whence there was once nothing, over a three month period will come a flood of diaries and letters and illustrations and lost novels and unauthorized tell-alls and revealing memoirs and recordings and coffee table books.

i say all this now because the mitford sisters, they are coming.

given that there were approximately a million of them and they not only all lived fascinating lives and inevitably crop up in the biography of anyone who lived during the 20th century about whom there is a biography, but they also wrote witty things to one another as well as to other writers and artists and themselves published fairly prolifically in the outside world, this should not be surprising.

and there is a reason for all these books. one would not expect the history of young jack kennedy, the british aristocracy, the american funeral industry, the rise of hitler, the marketing of guiness, the french military, the creation of the california communist party and the development of the twentieth century english novel to collide. that they do and all in the lives of five (six? seven?) supremely attractive girls just makes it that much more spectacular.

these mitfords, they are amazing. if you haven't met them, here's your chance.

because this fall will see the publication of three out-of-print nancy mitford books plus the reissue of two others along with a recording of rosemary davis reading "the highland fling." also coming are the memoir of deborah mitford, the current duchess of devonshire, plus her letters to/from the artist patrick leigh fermor. and then there's a biography of jessica mitford, the socialist american transplant anti-funeral industry crusader extraordinairre whom i deeply, deepy love. as if that weren't enough, decca's treatise on muckraking is being published by the new york review of books as well.

this hurts my heart.

Email ThisBlogThis!Share to TwitterShare to FacebookShare to Pinterest
filed under: i heart nonfic