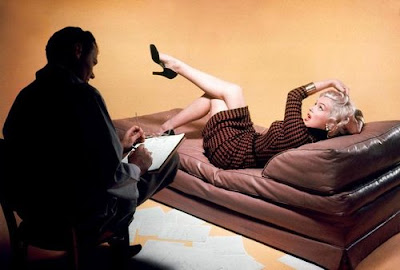 i've never been in therapy, but i've been to the optometrist.

and i know, i know. this is terribly strange. it creeps people out. one should not be so intimate with one's eye doctor when one's prescription is a mere 1.0.

the optometrist was the first doctor who was even remotely close to my age. we are contemporaries(ish). we banter. we flirt. we are friends. on facebook even.

and because sometimes a married man with three kids makes the best confidante, his files hold not only the progress of my astigmatism but also a complete history of my dating career. since i have ever needed glasses, it has been this way. like an eye exam conducted by dr. drew.

accordingly, every november, i would parade into the optometrist's office and spill the beans on the boy of the moment, like a cat proudly laying a carcass at its owner's feet. i was not forward-thinking. i did not realize i would one day have panic attacks about explaining breakups to my eye doctor and that my glaucoma tests would be punctuated with questions like, let's talk about XXXXX. oline, what happened there?

BOYS. this is all we have ever talked about. literally, the only thing. i've been chasing jackie during this whole time, and yet it wasn't until  last year that we began talking about her instead.

i've developed a theory. an incredibly superstitious theory that for relationships to work, maybe they need not be put under the autorefractor or into my medical file.

i believe that in therapy they call this moment the break-through. this realization that maybe, just maybe, there needs to be some separation, some distance. that one's love life need have nothing to do with one's eye care.
by oline