5 you say you want a revolution 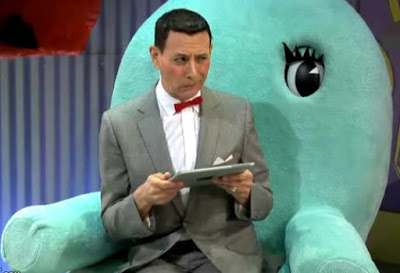 my mother has decided that we must skype my father while we're in denmark. which is hilarious on many levels but primarily because my father couldn't care less. this is the man who went to mexico for an entire month in 1995, during which time he called home exactly once. and only then when he was back on U.S. soil, to tell us he had landed in miami. nevertheless, my mum is determined.
since my dear stalwart lappy has been anointed for this journey, i am set to reap the benefits of this technological revolution. and though i find it somewhat misguided, i'm impressed with my mother's commitment to the communicative cause. she took four months to settle upon a hotel in copenhagen at which we will be spending a grand total of two nights. and yet, less than three hours after confiding her desire for danish skyping, she had not only located but ordered a webcam.
dear 21st century, prepare yourself. the eatons, we are coming.
by oline

Email ThisBlogThis!Share to TwitterShare to FacebookShare to Pinterest
filed under: my mother is a danish, the family forward

This is hilarious... Longest I've gone without a phone call is 4 months. I only got phone calls during 1 week of India because he had VoiP at that hotel. As long as we have some sort of communication, we don't care.

Have fun in Copenhagen! I had a layover in Amsterdam and thought of you 'cause I was at least somewhat in the general vicinity!

why? was it laced with pot?

um... no. it was just more bitter. so basically it was pepsi, which is far superior.

They don't have the sugar tariffs in Europe that we have here so they use real sugar instead of high fructose corn syrup (which is what the US uses). Coke in Europe is like crack. It is awesome.