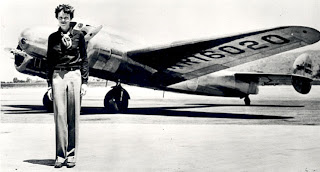 i've had recurring dreams off and on for years, starting when i was in the 9th grade and spent the whole holiday season in fear that every time i closed my eyes a giant flaming tree was going to fall over and obliterate the entire cast of a charlie brown christmas. i can't stress enough how hard it is to fall asleep with the foreknowledge that you're going to kill snoopy in your dreams.

since becoming an "adult" (a word i use very loosely), these dreams have tended to revolve around air travel. which is funny given i have never, ever been afraid to fly.

nonetheless, for the last four summers i've suffered through "the minute the sun pops up, my eyelids react as that it were a plane exploding into a ball of fire" syndrome. and for the past two winters there has been the "i'm awake on the plane to see we are going to crash while everyone around me sleeps" dream.

now, just in time for the season of holly jolly endless air travels, there's a new plot twist: "i'm awake on the plane to see we are going to crash while everyone around me sleeps, but if i have faith we won't crash in spite of the fact that we clearly are crashing, then we indeed will not crash."

i'm commenting on this publicly not because it's particularly interesting but because it's one of those things. like that time i ate an entire pint of blueberries in under a half hour and had to confess to lindear so she could finger the culpable patch were i to later turn blue and implode.

this way everyone will know. because i've left a written record, should a plane i'm in ever crash, you can all sit back and appreciate how deeply ironic it was. and perhaps find solace in the fact that it wasn't some inexplicable tragedy. that there was a reason. that i just didn't believe.

Email ThisBlogThis!Share to TwitterShare to FacebookShare to Pinterest
filed under: flying the friendly skies, lindear

it sure sounds like the plane is a metaphor for your life, don't you think? and maybe now you finally have figured out the key to not crashing?

and here i was thinking i was a prophet and going to die on a plane.

I'm just going with the irony that your first name is Faith (which you hate and have tried to hide your entire life) and yet it will be your Faith that saves the plane...

Maybe it is about you embracing the other side of you?

oh, honey, you're like three whole weeks behind. i've embraced the FAITH. that hasn't kept the plane from crashing, but i've embraced it nonetheless.