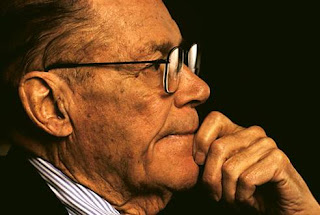 so robert mcnamara has died, which kind of sort of isn't a big deal since he was 800 and lived a full life and had a whole errol morris movie in which to explain himself. so we can't be too sad (beyond the fact that he is memorialized as "the architect of the vietnam war," which is a terribly sad thing to be memorialized for). because old people, they do die.

but then, we are living in extraordinary times. this is, after all, THE SUMMER OF DEATH. a context in which the death of robert mcnamara looms rather larger than it would in any other season. because robert mcnamara is a kennedy person, and death, as we all know, does like his kennedys. and as my mum so eloquently pointed out this morning, "it's only july. a whole heap of them could die before summer's out."

Email ThisBlogThis!Share to TwitterShare to FacebookShare to Pinterest
filed under: THE SUMMER OF DEATH

Mike was surprised to find out that he was still alive but has now come up with a whole conspiracy theory behind McNamara's death. LOL.

now that i think about it, it must have been a conspiracy! 93 year old men do not die naturally! where is oliver? he would know...

Well, you gotta remember Mike. He assumes that 95% of people die by the age of 50. He fully plans on dying before 50.

On a related note, I read a tweet (I know I KNOW) that read:

"If they knew how the news of MJ's death would totally disengage the US public from world events, the Iranians would totally have killed Jackson themselves."

Thought: A Billy Mays (is that his last name?) infomercial just came on tv for this thing called Jupiter Jack which is a handsfree device for the phone.

It just struck me as hilarious considering he is shouting about how great the handsfree thing is and how people can hear him clearly. Uh, dude, you are shouting...