12 choose your own adventure 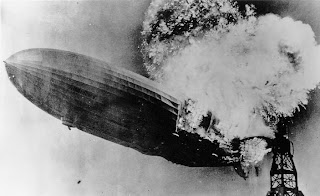 we're going to take a little stab at audience participation here, people, so don't fail me now. because if no one responds, if this poor, sad, little, strange, macabre post sits here uncommentated upon, i'm just going to have to assume you all think you're immortal and that you could free yourself from any and all dire circumstances, a foolish belief that will force me to unleash my "you're all going to hell" fire and brimstone blog, faith in the city.

my family is weird. i think we've established that.

you must pick one of the five following scenarios. you do not know if you are a man or a woman, rich or poor, well-educated, well-fed, well-shod, or well-armed. you have no super-human powers. in each case, there are clear advantages and clear disadvantages and in most cases you may or may not live, though in some you probably will and in others you most certainly will not.

the scenarios are these:

(1) titanic
pluses- you have sailed on titanic. if you're a first class passenger, you presumably own a wardrobe valued at more than all our annual salaries combined. if you're a woman in first class, you will survive. the possibility of sex in a car with leonardo dicaprio exists.

minuses- 28 degree waters. if you're a member or the crew, a woman or child in 2nd class or steerage, or a man, you're dead. there's a slim chance you will be that guy who looked into kate winslet's eyes when the bow was extended to 90 degrees, lost his grip and fell the whole way down, bashing into every obstruction on the decks on his way.


(2) pickett's charge
pluses- you think you are fighting for a Glorious Cause. you and the 12,499 men standing with you are roused to victory by a stirring speech that will later be immortalized by martin sheen. you do not yet know the age of napoleonic warfare has come to an end.

minuses- the age of napoleonic warfare has come to an end. this will dawn upon you while walking in a wool suit through 87 degree heat across a HUGE field directly into an army's worth of guns. you will be hurt. there's a 50+% chance you will die. if you happen to be directly under pickett, you're pretty much dead before you've begun.

minuses- you will die, but you get to shoot back.

minuses- you are flying through the air in a bag of burning gas.


(5) the spaceship columbia
pluses- you have been to outer space. your mission is complete.

minuses- your ride home will disintegrate, melt and fall to the earth in a million pieces. you will die.


the question is this:

in which of these disasters would you prefer to be?

Email ThisBlogThis!Share to TwitterShare to FacebookShare to Pinterest
filed under: the family forward, TITANIC SHIP OF DREAMS

and how awesome is your family to have a vegetable of the year!

interesting. i would not have picked you for a pickett's charge person. it's all that gone with the wind i inflicted upon you, no?

and i honestly don't remember the VOTY. bacon was once vegetable of the year and after that it just seemed we had peaked.

Option 6: None of the above.

this is easy...columbia all the way. i'm scared of heights, so going to space would be the ultimate way to get over that.

then, in the end, i turn into a shooting star. beat that, titanic people.

As a Southerner, I'm morally obligated to pick Pickett's Charge.

Also, there's a good chance you'll get shot in the face by Jeff Daniels. Now THAT'S the way to go...

really, eF? i would've never pegged you for columbia.

and i know what you mean, sensei. for me, it's a toss-up between the illogical glory of pickett's charge and the possibility of sex on a boat with leo.

This is great, but I must say that the Alamo has gotten the short end of the stick - The 182 men who fought and died in the Alamo are pretty much all known by name - most were soldiers of fortune or others who escaped to Texas, rather than went there for a purpose. They lasted 12 full days under seige, and despite the bombardment, there were no casualties for the those twelve days. Unfortunately, on the morning of the thirteenth day they were overwhelmed, ran out of ammunition and were shot (multiple times), blown up (multiple times), bayoneted (multiple times), axed (not sure how many times, stripped, stacked in a pile and cremated. Their grave has become lost. What they accomplished is they allowed the independence and future statehood of Texas (9 years later), and they pretty much knew what they were fighting for. Of course the 100% casualty rate probably makes it a loser, but you could have hung out with Davy Crockett (Billy Bob Thornton) and Jim Bowie (Jason Patric)!!!!! Sounds pretty good to me!

let us never ever short-change the alamo. and i hope this doesn't mean i have to become little fajita in the city...

perhaps I will NOT surprise you, miss Oline. I would choose number #1.

if I'm poor i get to get drunk and dance my fool head off in steerage.

if i'm a dude I get snappy slang sayings, either refined or lowbrow doesn't matter, either way I'm comedy gold. Plus the exotic mustaches.

if I'm a poor girl, well, I suppose I'd at least have my very own pair of boobs.

In any of these first three situations it's 99% I would die of hypothermia which allegedly is like going to sleep. Just, you know, bone-chillingly cold sleep.

and if I'm a rich girl, well, hopefully people don't desecrate my memory by making melodramatic motion pictures about my youthful indiscretions. Plus, my heart would go oooooooooon.

in fact, you DO surprise me. i would've figured the residual jealousy over your lady's leo love would've kept you off the boat. but titanic does seem the least disastrous way to go. maybe it's because we're in chicago and we've just lived through The Winter of Frigid Doom, but somehow 28 degree water and hypothermia doesn't sound that bad.

sex with leo? do you even need to ask?