8 laughter in the dark 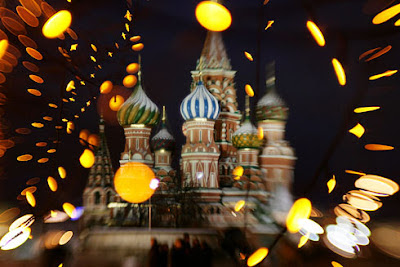 if i believed in reincarnation- which i don't so this is an entirely crap hook sentence, but humor me here- i'd have to say in a past life i was russian. because there's just something about russia.

not that i've ever been. the closest i've come is the ukraine, which kind of sort of counts since it was kind of sort of once upon a time a part of what we would probably kind of sort of consider to be russia. though, admittedly, the ukraine was the scary backwoods part of russia where people were exiled to die cold and miserable KGB-related work camp deaths, so perhaps russians would not consider it particularly russian. it's more like the alaska of the USSR. where you know those people are up there being all cold and such, but who really considers them one of Us?

but i have digressed. back to the something there is about russia. after spending 400 pages in minsk with norman mailer, i can at least produce a clunky list of the isolates that comprise my love of mother russia. the romanovs, rasputin, rachmaninoff and nabokov. marushka dolls, latkes and leninist red. an unwavering faith in the power of eyeliner. a heightened sense of doom coupled with an incongruous optimistic cynicism. the belief that things can be total shit and yet work out impossibly well.

in the end, i think, russia comes down to stoic verve and ballast.
by oline

"I went in expecting Bartok, who knew we'd be getting our Rachmaninoff?"

you and your frasier.

I still remember making fun of it like the big pompous ass I am. Who knew the hidden delights?

you'd think we would've learned by now that pretty much everything we make fun of we will come to love. um... gilmores?

damn the gilmores and their 7 seasons of verbosity!

and by that i mean please come back. once, there was a time when i loved you, GG.

i can't believe you didn't watch the end. and you call yourself a fan. for shame!