in which oline (to whom things happen that don't happen to most everyone else)
feebly attempts to convey an event so stupidly absurd
that its 100% trueness defies even oline's comprehension... and she was there 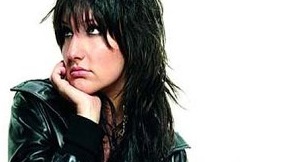 today, i gave my first autograph.

but let me begin at the beginning.

i hate umbrellas. almost as much as i hate birds.

but, no. i should go back further.

i should go back to my irrational fear of electrocution. yes, that's the beginning. i used to have this irrational fear of electrocution. every doorknob held the threat of a shocking death. static cling left me quaking in my zippered boots. a logical hysteric, i developed a slew of preventative measures to delay my inevitable death by doorknob shock.

at some point, i wised up and transfered the irrationality to the more obvious threat: umbrellas. because, by God, umbrellas are frightful. as does most everything else, this comes back to my loathing of eyeballs. umbrellas have spikes. eyeballs-on-spikes. horror.

because i hate umbrellas, i ventured out into the icky chicago blustery rain this afternoon bundled in the green coat, the yellow scarf and the blue hat, and wearing the HUGE sunglasses (because waterproof eyeliner has yet to be invented).

walking down clark street, i was innocently bopping to brian eno's "baby's on fire," savoring the dramatic irony that baby's firey plight was unfolding while i was being drenched, when suddenly a hand clasped my arm.

fearful of an umbrella encounter, i lept back, only to see a benign kid. a girl of maybe 15 or 16 (i'm old. ages blur. she could've easily been 22.). this girl, wearing those pants where you can tell- even from the front- that there's writing on the ass, stood there clutching my arm.

i looked for weaponry. because the sidewalk in front of The Weiner's Circle seemed as good a place as any to be assaulted by a teenybopper with HOTT STUFF written on her ass. but no. hott stuff brandished nothing but a pen.

does she want my phone number? i wondered. can she possibly be in cahoots with marvin lustbade? have i such luck?

hot stuff seemed short of breath. she seemed to have a desperate need to speak to me. i shut up the upod and looked at her quizically.

DAMN. NICK. hott stuff exclaimed, practically retching the words. as though she couldn't get them out fast enough. both syllables dripping with unmitigated hatred.

what has the lovely gentleman ever done to you? i nearly demanded, then thought better of it. hott stuff had obviously been electrocuted by the doorknob at The Weiner's Circle and what i was witnessing were the residual twitches of the electrical currents combined with a mild case of tourettes.

hott stuff reached to pull something out of her bag. an umbrella?! i wondered, with furrowed, fearful brow. a battered back issue of STAR emerged. my relief was visible.

still recovering from the stress of her recent electrical shock, hott stuff fumbled through the magazine, increasingly frantic as the raindrops dashed across the glossy pages. finally, she heaved a sigh of content and thrust the open page toward me, pointing at the headline, Jess To Nick: You're a Girlie Man!

hott stuff leaned closer. she offered me the pen, which i took for fear she might activate a button, upon which the harmless-looking pink sparkly writing utensil would explode into one of those umbrellas for cocktail drinks. eyeballs-on-balsa. ouch.

hott stuff thrust the magazine at me and leaned in, as though she were confessing a deep secret for which she had spent weeks ratchetting up the courage. hott stuff looked deep into my sunglasses.

she looked deep into my sunglasses and said, i just love your sister.
by oline

PRICE-LESS!!! although i don't now what i think of unmitigated nick hatred in the Windy City. stupid butt pants girl!

haha! i bet butt pants girl is in cahoots with vanessa's sister, that bitch!

tonight the part of oline will be lipsynched by ashleeeeee.

and think nothing of the unmitigated nick hatred in the windy city. it is thoroughly (banner!) mitigated by the fact that you are not a lachey and we are not butt pants girls.

this story makes me happier than pretty much anything else i know.

to answer the unasked question, yes, i will be autographing tabloids at the christmas eve service. come, all ye faithful.

Did this really happen? omg.

okay, so now i have to takeback your christmas present. i'm not kidding. i was so proud of myself for thinking getting you an umbrella. i was mystified as to why you didnt have one, but i thought it was such a symbolic and appropriate gift for a dear friend, like a teapot. i even found one with a monet painting on it and the colors were beautiful mixes of green and yellow, your cheif chromatic motifs.
boy am i glad you posted this.

did you really buy me a monet umbrella, love? because that's so beautiful and symbolic and lovely. because i love monet and green and yellow are indeed my chief chromatic motifs. if only it weren't for the blasted brella. but i would have used it. i would have freed the monetic tapestry from the dreaded spikes and fashioned a cape, in which i would have paraded fearlessly about bombsoline street, unbothered by brushes with ashlee simpson's fame.

I did indeed, and it shall be returned and exchanged for something nonthreatening.

HA. that would be nonthreatening if and only if it came with a pledge of subway chaperonedom. there must be someone present to act as a touchstone to reality lest the charms of the sandwichmakers overpower the oline.

Caro... Do you remember the creepy guys in that Subway?? The ones that kept on staring at me? Somehow, Subway gift card doesn't strike me as nonthreatening.

Trying to find a picture of the dress for you. I've got Mike completely scared about what I'm wearing to this ball.

meggie, weren't those subway guys just patrons of rather than employees? am happy to say that i can actually remain composed around patrons.

dear inquiring minds, yes. the rational being that if i did i would totally make butt pants girls' day and the odds of her finding out i wasn't ashlee simpson were slim to none. and if i didn't, i would totally make butt pants girl feel like a loon, which would have been tragic, especially considering her victimization by the electrical current carrying doorknob of The Weiner's Circle.

so, if you're scouring ebay for ashlee simpson signatures and a copy of the 30.10.06 STAR pops up. beware! you might be paying the big bucks for oline's brush with ashlee simpson's fame.

I always new celebrities flocked to the Weiner's Circle for their modestly priced/open-at-all-hours/sassy attitude laden burger-flipping cashier lady foodstuffs. And now I have proof. sort of.

just read your posting again. this time i am sort of angered. How dare Hott Stuff finish this intimate moment replete in its Weiner's Circle Ambiance with the phrase:

I just love your sister.

She's got some balls I tell you. No 'You're so great' or 'You go Grrrrl!' or even quote some movie you were supposed to have been in (is she an actress?).

I tell you Fauxlee SimpsOline, the temerity of youths today.

no 7th heaven quotes or song lyrics or anything from butt pants girl. just the love for jess. this experience has certainly brought ashlee and i much closer.

and i think you've found my nom de plume. fauxlee simpsOline is awesome.

Well, you know me!! *laughs* I'm beginning to think that I say NOTHING normal 'cause Mike and his friends had me repeat every other word! I say oline and caro different than everyboy. But if I remember correctly, I think I started it. It was right around the great Feeb/Beef debate of '97. Oh, and the awful Upton's trips. *shudders*

i still have one shirt left from upton's. it's black, almost completely threadbare, terribly warped by the hanger and shockingly cleavagy, but i can't quite bring myself to get rid of it and actually end that era.

I remember *other* things from the Upton trips. And the shirt isn't bad. It's kinda like how I still sleep in my Page Middle tennis team shirt sometimes. I need to scan that one picture of us in (oh and I have one of you in front of Parisian).

what on earth "*other*" things do you remember from upton's trips?! that makes it sound hysterically scandalous.

i will now have that damn song in my head. all. night. long. grrrrrrrr. tho i do love how ashlee simpson brought us round to uptons memories. that's somehow appropriate.

Caro, do you *really* want me to say what the *other* things were??? Think hard... Russia trip... You needed some *things*. Go with the scandalous route and your current fav obsession (NOT U2!!) and you should reach it. It really should be a foregone conclusion.

i still know not of what you are speaking, but i think i'm in the right department. so say no more!