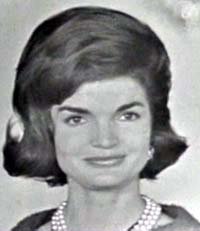 my most jackie quality is unfortunately the jackie quality that most annoyed those around her. the woman was mad for constant interior change. darling koestenbaum suggested it was an unconscious mimicry of jfk's philandering- as fast as he could change women, she could redecorate a room. in one month, the white house's blue room went from aqua to powder blue to white to tourquoise to peacock.


as a poor girl living in a studio, the situation is not quite that extreme. but still. there are people who are thrilled to have hung all their pictures by the time they move out of an apartment after a year or two or five. it's been eight months. the pictures were hung within twelve hours. they've relocated at least twelve times since.

the primary cause of this decorative restlessness is that it's quite unfair for anyone's tastes to be confined to one room (plus some closets). i'm a pleasantly bizarro pastiche of 18th century france, 1900s russia, 1920s deco, 1960s warhol, 1970s jackie, and 1980s carroll cloare. and that makes for some schizophrenic decor.

it only recently became clear that i've been unconsciously transitioning through all these eras. today, a room that started out with a mod 1960s london concept began the final stages of morphing into a deco parisian flat. down came the breakfast at tiffany's poster and up went the barbier prints.

i give it three months. then out come the marushkas and the bolshevik flag.
by oline

in college I would re-arrange the furniture of my room every season, mostly because i never had AC and i didn't want my bed near the window in the winter time. But I'm a constant re-arranger myself. Kudos.

so from one rearranger to another, is every other week a bit much? an intervention might be needed!

if it so happens that three months from now (November) a Bolshevik flag does indeed come out - i want it on the record that i was the first to make a joke about the Bolshevik November Decorative Revolution.

yay for someone twigging onto that!