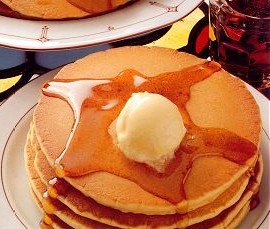 because i'm an only child and a girl, my family's favorite pastime is playing with my name. ages ago, in the car on the way to meet up with Partner for the european whirl, my mother mentioned "katie pancake." up to that point "caroline window" and "caroline teudereau" had been the greatest names they'd manufactured, but "caroline pancake" easily surpassed those. it fit perfectly into our ancestry. we are, after all, descended from the eatons of new york and the beans and the franks of mississippi. we've been eaton, beans, and franks for years. a beloved breakfast food would be a welcome addition. yesterday, my first full day of twenty-fivedom, my mum attempted her first blatant fix-up. this obviously made her uncomfortable. super cheerily, she said that a friend of a friend's nephew is living in chicago and what a small world- at which point i gave a great snort and my father gaffawed in the background because we know the phrase "what a small world" seldom augers fun times- he's living in your neighborhood and he's not married. the only time i've been officially fixed-up was in the 10th grade, when Partner had me take Joshie to the Come Together dance because she already had a date but wanted to find out if she had feelings for Joshie instead. she did have feelings for Joshie but somehow i, who didn't, wound up dancing with him to boyz 2 men's "i'll make love to you." mortifying, though it led to one of the greatest awkward pictures ever (taken in front of a mcdonald's and featuring a bomber jacket paired with gold shoes) so it wasn't all bad. but because of that i'm not a fan of the fix-up. thus, my mum, who gets me eerily well, invoked the magic words- the one phrase the sheer novelty of which was guaranteed to pique my interest. she said coyly, almost as an afterthought: "you know, The Friend is related to katie pancake." quickly she cautioned that she didn't know whether this nephew came from "the pancake side of the family" but still. dare we dream?!
by oline

Email ThisBlogThis!Share to TwitterShare to FacebookShare to Pinterest
filed under: pancakes and politics, the family forward

So here is the BIG question at hand...when our project (TNOWCNBRATT) hits page, stage and screen, will we remain Frame and Eaton (rahtha English sounding) or Pancake and Tarsinos?
Or just "Ground Beef LLC"?

firstly, TNOWCNBRATT is the greatest acronym ever (which is tacky to admit since it was of my own devising but it does warm my heart to see it catching on!)

secondly, croftie's slip last night convinced me am much more of a "caroline cupcake" (would also like to take this opportunity to point out the unbelieveably deep thought that they are simply cakes of a different pan. i know. whoa.). so if you know any mr. cupcakes, start throwing them my way. then during all the rolicking dance parties that it seems a mrs. cupcake would host, i could be "hostess cupcake." and i don't think that joke would ever tire.

thirdly, we should be bombshell frank and oline beans, CEOs of ground beef publications, LLC. then the headlines could read "Frank and Beans Take it to the Ground Beef." it could also be abreved BFOBGBPLLC- which is among the most senseless couplings of letters in history.

would continue with this nonsense but am meeting you at h+m in less than an hour, and of course that less than an hour must be devoted solely to spiritual preparation for the heaven that is h+m.

I would definitely have to come to the Eaton/Pancake wedding. It would quite possibly be my Mecca. I would definitely have to stop at any roadside attractions on the way there. The rubes of the countrysided will ask me where my destination is and why am I going. To which I will say "I'm goin' for Eaton/Pancake." They will think that I am Cognitively Disabled and I will impart a great kernel of wisdom, "Our shoes separate us from the ground." Which has to be the greatest pot induced philosophy that no others will enter my head. I think that I hate marijuana so much because after that point I would hear nothing greater from so-called potheads. ADD randomness has set in so I shall end this comment.

By the way, I totally want to change my name to Rocket. If I can truly dream then I would be Rocket Flash.

you are officially the most random person i know. and i could totally see you as rocket flash. DO IT!

Hey what a great site keep up the work its excellent.
»