0 the problem has many dimensions

which, well, we all know how he ended up so that's not great.

the thing i left out of this blog post is just how much this piece of paper shook me up. 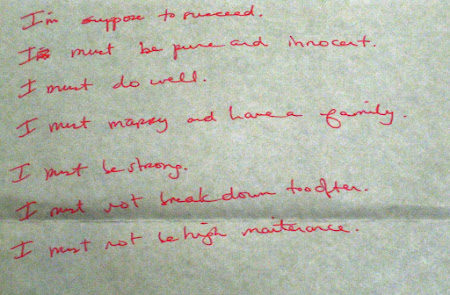 i know it's post-1995, because this my trying-to-write-fabulously post-jackie's death handwriting.

that's a line i left out of that blog post. the idea that wherever you go, there you are. an idea which, of course, we eatons are famous for having ironed-on t-shirts in the late 1980s.

my parents bought a new house. they're moving and selling the old one. a home i didn't grow up in but the one in which they've lived the longest.

it's valid, lindear tells me. whilst also remembering that this means moving away from the bad things that happened in that house too. the rape on the library stairs.

this time last year, i was terrified of seeing those stairs again.

and then garebear raced up them on a facetime video call to show me some new books, and it was like oh ooop! and it was all somehow neutralized.

not like it hadn't happened, but like it was no longer the big scary thing in my head.

i've twice now emailed debo a piece of my writing from here to see if she'd be ok with my putting it on my public blog. this one and this one.

she never responded to either. and i never nudged.

they took the title for my public blog and put it on my book.

i don't like it, but i can live with it.

it's a violence i didn't expect. being published.

i say this as someone who is ever-ready, always braced for violence, and yet i was taken aback.

when EL texted an image of the book being available for pre-sale with a cover i cannot stand because it is clearly not finished. a cover that just needs 5 tweaks before it's perfect, and yet they won't do it. and yet, they send it out into the world.

pink-washing is the word lindear uses, and already it's a word i know i'll be using in interviews for years to come.

i don't know where it comes from but in my family we've this joke about not getting the big head.

we've an uneasy relationship with good things, i think.

let me tell you, from my experience so far, publishing a book is an exercise in reducing the size of one's head.

the other day, after seeing my book available for pre-order (with that HEINOUS cover, so please do not share yet!!!) on target.com, i called him and i said, preemptively, you know i've such an ache in my head, it's almost like it's swelling, it's like i've......... gotten THE BIG HEAD!!!!

it's a joke. it's cute. my mum's friends find it hilarious. but there's an edge to it, right? this book is the work of the whole first half of my life. if ever there was a moment for the big head, 'tis now.

this was supposed to be about burvil.

it feels like all the other times burvil's been in the hospital but it's also maybe not.

debo thinks she'll be there through the weekend. the doctors do not know what's going on. they keep ordering tests.

legit every time i have talked to either of my parents in the last 48 hours, they have each, individually, informed me that the painters will not be able to do the new house for 7 weeks.

i tell lindear they've told me this at least 9 times, and then i call debo and she tells me a 10th.

i need to focus. this is about burvil.

burvil's in the hospital and i spent monday night figuring out that, if she dies, i could drive down to memphis and stay a few days and play feelings counselor and still get my students' essays graded and my manuscript turned in before i leave for athens. i can be there, because i would need to be there (because i was not there when ruth left us), and still do it all.

i am being practical, i tell myself. not morbid.

Gran was asking about you and where you are. She said she thought you had been here, but it's good that she still knows you too ❤️❤️

and i have never been more certain that burvil is near death. 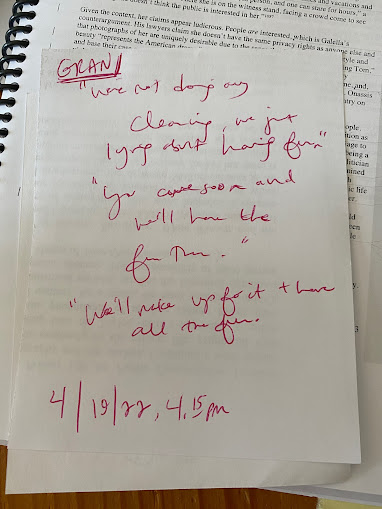 *
the woman who runs DC/BWI mortified got in touch today to ask me to do both shows in june.
i draw some comfort from the fact that, as my journals attest, i have always been this fucking weird.
i have always needed to write things down, to quote, to date and timestamp. this is not new. for whatever reason, it is how i have always lived.
*
i cannot do endings.
what i will say is that i saw this image today and it has bewitched me: 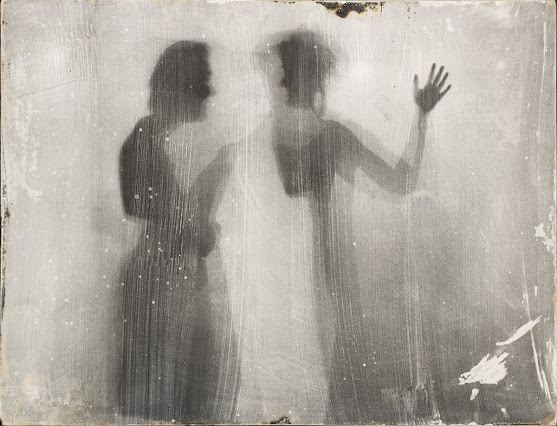 early in the pandemic, i described to PM that my perspective was one of looking at the world through vaseline.
i'm not sure that's the perspective that's ideal but it's the one i've got. words, quotes, dates, timestamps, and eyes saturated in vaseline.
for better or worse, that is the vibe. that is where we are.
by oline

Email ThisBlogThis!Share to TwitterShare to FacebookShare to Pinterest
filed under: burvil, debo, gary, k.lo, lindear, rape in the city, the family forward