i got this emotions wheel magnet, to help me better pause and take stock. i found helpful for, like, A MINUTE, but now i keep finding myself wandering off wheel.

it has so many words but, so often, i find they are inadequate. 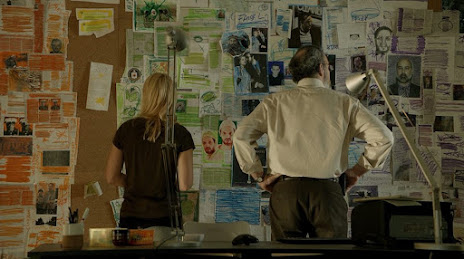 for two weeks now, when i lie down in bed to go to sleep, it is as though i have run a marathon.

for three out of the last four days, my head has hurt.

my shoulders are riding up by my ears again.

i think we were about an hour into therapy when i said, i just feel responsible for so many people right now.

on june 29th, the president of that biographers organization i used to be a part of sent me a message on facebook asking if i'd like to talk about what happened, why i left.

i wrote her back that i would be willing to speak to her that afternoon.

i cannot overstate how unexpected this was.

i cannot overstate how odd it is to be bracing for all these other things and then suddenly to be whacked over the head with this other.

i thought i was doing really well. i thought i was unaffected. it wasn't until i relayed this to k during our sunday walk last weekend and found myself entirely winded that i was like oh, we might have a problem.

miscalibrated is the word for how i feel this week.

i don't know that it's even a word. maybe wonky would be better. but there was a technical, engineeringy element to the sensation as well that miscalibrated seems to better capture.

like when you pull the compass out and it throws itself all over the place trying to get its bearings.

no, no, i don't want to talk about this but i will. not because i want to but because i'm so very grateful to have your attention, to have your concern, thank you for this brief validating moment. starving for crumbs, i'll take it!

i hate this place.

i took her call.

i told her what had happened.

every time i tried to minimize it, downgrading it in some imaginary hierarchy of sexual violence, the president of this organization wouldn't let me. she'd say, no, it's a big deal. it's big.

and i'd say oh, yeah, i guess it is. thank you for saying so.

i hate how much i've thanked her in the last few weeks. i hate how grateful i feel that anyone cares.

a few days later, cosby was released, and phylicia rashad-- who is in a position of power at the institution where i work-- released her tweet of support.

i cannot overstate how unprotected for myself and for my students i felt reading that tweet and, subsequently, hearing my own colleagues brainstorming ways to engage rashad in our union fight.

i'm not being eloquent here. just stating facts and feelings.

i'm writing because my head hurts and i'm trying to get it to stop.

no wonder you're feeling out of alignment, my therapist said. you had about nine triggers this week alone.

i tried to clear the decks and take care of myself on the 16th, the 6 month mark of the recent date rape. instead, i popped out of bed with words at the ready, and spent 4 hours producing some of the best writing i've produced in months.

i resent that my best writing now is being put towards private memos.

i resent that some of the best writing i have done in all of my career is about horrible, awful men.

when i posted "men have raped me," i told debo that rape wasn't going to become my brand.

that's sounds awful and also glib and also i meant it. this is not what i do.

but it maybe actually is and has been for awhile?

writing is hard now because it isn't a release. it's my craft and my profession and a practice that is critical to my mental health.

but also, even in my academic stuff, i write about horrible, awful things.

i talked to KBG this morning and she told me of her recent stay at the beach, and i was struck with so much envy. I NEED A BEACH!!!

my therapist had me do some guided visualization. she asked me to think of myself in a safe place, which it was pretty clear, from the guidance, she assumed was tropical.

hand on heart, i visualized myself as claude asleep in a sunbeam.

the safest place i can envision right now is being my own cat, in my own home, in my own care.

that is where we are.

in the shape of a pocket, john berger writes…

i quote that a lot, because when i first read it, it encapsulated much of what i felt as an immigrant. the precarity. the complete collapse of any sense of stability and the lingering effects of that.
but i don't know that i've ever felt these lines quite so deeply as i have in the last three weeks, as i lay awake at night, out of breath, the ceaseless fluttering just beneath my lower ribcage, as though i've just awakened from a nightmare, when really i've yet to even fall asleep.
the katies are coming this week. i am so glad the katies are coming. because, if the trip to memphis and a late night walk with an old friend this week are any indicator, it seems with people of my past, people whose love and care for me i can take for granted, when they are around, the trembling stops, and even just that temporary reprieve is a reminder that it will not always be this way, it will get better, and i am ok.
i am still here, as claude stretches himself out in the sunbeam, fuzzy stomach bared, vulnerable, to the sky. shaky, but still here, and, ultimately, all manner of things will be well, and we will all of us be ok. 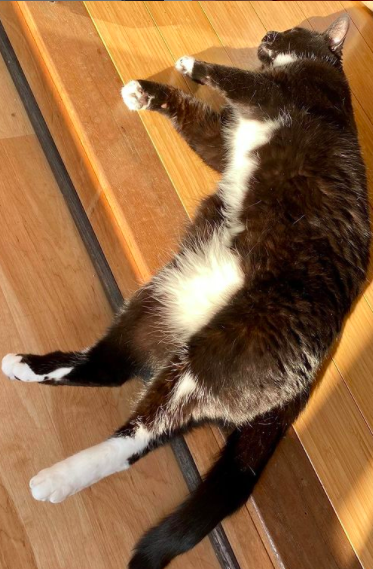 Email ThisBlogThis!Share to TwitterShare to FacebookShare to Pinterest
filed under: biogrophiled, rape in the city, sexism in the everyday, therapy in the city