0 i just want all of the things to happen 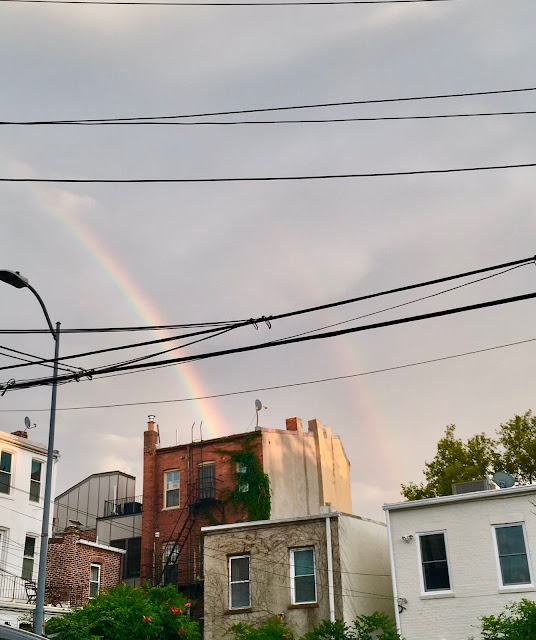 because i am terribly selfish. and nonetheless, it seems quite a lot of the things are, in fact, happening. via zoom mostly. and in the weirdly slow burn, footloose rhythms typical of academia.

but apparently i have a full time teaching job??? with benefits??! pending approval from the provost??

the provost moves way too slow for my liking, but then so does everyone else. at applebee's, they told us to always move with an appearance of urgency. legit a lesson that has never left me but with which i would like to live without.

these things fall together so quickly it is difficult to not feel they will fall apart.

my computer keeps sending me pop ups telling me that i do not have enough space for the future that is unfolding before me.

speaking to EL, i casually, off-handedly observe that "my plants almost make me feel like i am really here."

this is maybe the most profound distillation of my inner condition in these last twelve months/three years.

i live in DC. i've had a storage space and an apartment and two or three relationships and a cat and, like, five jobs in DC. and yet it's the responsibility of caring for ten plants that almost-- just almost-- makes me feel real.

i've said it before, but i'll say it again: in the shape of a pocket, john berger writes…

Email ThisBlogThis!Share to TwitterShare to FacebookShare to Pinterest
filed under: "careers"oline, immigration in the city, teaching in the city, the natural condition