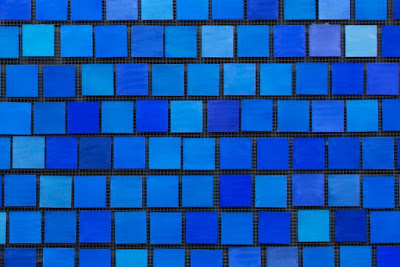 this isn't all that original. a lot of people my age and older, americans especially, have been thinking about 9/11 lately because it's the thing we have to compare COVID to. even though, really, ultimately, this is nothing like that.

i was far, far from new york city, and didn't know anyone directly affected at the time (my parents were at a conference across the street from the pentagon but they were obviously fine). as opposed to this thing we're in now, where we all are being directly affected, we are all losing something and, unless we are very very lucky, we are all likely to lose someone.

but i've been thinking about 9/11 in the context of teaching. remembering that day and the days after and how my teachers reacted.

most of my students now are freshmen. most of them were not alive in 2001. the stories i'm hearing from them are astonishing, full-stop. but the stories about their teachers have made no sense to me.

but then i think back on my teachers and their reactions, which were, in many ways, for various reasons, pretty bizarre.

there was, of course, the blue of the sky. (that's what everyone remembers though, from new york to california to mississippi, bluest sky we ever saw.)

but there was also the anthropology professor who held his class as though it was business as usual.

he taught as though there weren't a television playing the news at high volume one room over.

he taught as though we weren't all hearing the south tower collapsing on that television.

he taught despite the screams we could all hear coming from that other room.

i have no fucking clue what he taught us that day. but i do remember that, when a student stood up and went to leave the room, the professor told that student his absence would be unexcused.

my next class was with my favorite professor. 20th century english/irish poetry.

i shit you not, we were reading w.b. yeats's "the second coming."

we did a close reading of that poem, and nary a word was said about what was happening in NYC (much less DC and PA).

it was only in the next class that we would learn that our professor had not yet heard the news. she did not say anything, did not see the parallels, because she did not know.

i don't remember how that next class went.

i do remember that, a year later, i'd hear her give a speech where she remembered this class and expressed her surprise that we covered that poem in that context and no one said a word.

it's interesting to me in retrospect, especially as a teacher, that this was something we did not feel empowered to do. there were very clear parallels to be drawn. but, lacking her explicit permission, likely assuming that she was concealing her true feelings from us and pretending nothing had happened, we too played along.

given the angst i experienced in wearing a mask to the grocery store for the first time yesterday, i can imagine the emotional cocktail of terror, embarrassment, and fear of being accused of over-reaction that might have inhibited us then.

after jfk was murdered, jackie told the journalist dorothy schiff that it was like all the pieces had changed places.

i like that image. in that classroom on 9/11, it was like we didn't know the game we were playing and all we could do was behold the board.

it's possible i'm making too much of it, that performance. there could well have been other people in that room who also didn't yet know what was happening, who hadn't heard.

whatever the case, those of us who knew (and, surely, it wasn't just me by that point in the day), we said nothing.

this meant that, the following day, when a professor did acknowledge the occurrence of 9/11, it felt entirely overblown.

i can't even remember what the class was, but it was some history class where we read machiavelli and the decameron. (pretty sure we were reading the decameron then...) the middle ages, maybe?

the professor was a grizzled, older guy, one of those norman mailer types that clearly wishes they lived in new york city but have somehow, due to the vagaries of the academic job market and tenure, wound up teaching in mississippi for thirty years. of all my professors, he was the only one that wore jeans.

on wednesday, september 12th, he came into the classroom.

he knew people in new york, he told us. and so he would not be teaching, he said.

he stood at the top of the room, and read a poem.

i'm 99% certain it was dylan thomas's "do not go gentle into that good night."

he read that poem and then, without another word, he left the room.

and we all ran out into the sunshine overjoyed that class was cancelled and we suddenly had 50 unexpected minutes free.

i wonder about that sentence now. i know people in new york. like, people who lived there? or people who worked in the WTC? i don't know. he didn't say and, in the next class, it was like it never happened.

after 9/13/01, i have no memory of any other mention of 9/11 in my remaining two years of undergraduate classes.

Email ThisBlogThis!Share to TwitterShare to FacebookShare to Pinterest
filed under: 9/11, so this is 2020, teaching in the city