0 it has come to this

today i did the jane fonda workout.

well, a jane fonda workout. because, omg, there are so many!

so i did the jane fonda exercise challenge. and i only did a portion. the arm exercises at the beginning plus approximately 15 of the subsequent 27 minutes of aerobics.

(1) how the hell did she do this whole thing with her hair down?

for real. i had to stop and put my hair up AT LEAST nineteen times, so maybe this was a smart move on her part, but also she has a lot of hair, and she gets super sweaty (idk what goes on in the 12 minutes i did not do, but apparently it really hots up), and i cannot handle sweaty hair down, not even second hand apparently.

(2) what is the likelihood that the two men she was dancing with died of AIDS?

i realize this prolly has a lot to do with who i am (in recent days, in my dear family, we have repeatedly had to make excuses for others by acknowledging "not everyone comes from a home where gary eaton has been talking about the spanish influenza since 2002.../not everyone has read and the band played on twelve times...") and what i've been reading (AND THE BAND PLAYED ON, yo!!!), but still. i'm being real. the odds would've seemed to be quite high for a choreographer in jane fonda's 1982/3 aerobics video, no?

seriously, though, i put on one of these sequin dance costumes i was really into buying last summer because i envisioned a life of god knows what, along with these sort of, i don't even know, holi-esque... in the parlance of the city thrift "ACTIVE BOTTOMS," which i somewhat inexplicably call my "space pants," though i do not think they actually feature anything even remotely lunar or constellationy, and i danced around my flat. rebelling against jane's instructions that i put on sneakers, i did my 27 minutes in bare feet.

i was surprised by her enthusiasm.

i was entirely unprepared for the memory that surfaced.

some long buried memory of being six years old in the memphis summer. and going with burvil to the christian life center at ridgeway baptist church for her aerobics class.

the place was still new. it smelled like wood and carpet. we all wore sweat suits, unironically. my six year old self and all those women i imagined were at least 90 when they were probably really only 60-65, if even.

those people, in that church, with that UH-MAZING smelling bread every wednesday night.

i find myself actively trying to forget burvil right now. which is difficult because debo is OBSESSED.

so we had a days long drama about no one calling her back about burvil. and another days long drama about getting a phone installed in burvil's room with a long enough cord that it could go on her bedside table so she would be less likely to forget about it. or put it in a drawer. and, subsequently, a days long discussion about how lovely it was to talk to burvil and how with it she seemed, how aware she was of what was going on.

i cannot bear for burvil to be aware.

i need burvil not to be aware.

the place we've put her sent us a reassuring email, the main gist of which seemed to be that, at every level of involvement with this facility, we can all expect to receive a videotaped message from their CEO.

personally, i do not fucking care about their fucking CEO. i want an assurance that burvil has been encased in impenetrable glass.

which is in direct contradiction of her need to have assistance multiple times a day, i realize. i've always been a selfish bitch when it comes to burvil, though. her being the love of my life.

there are 185 ventilators in memphis.

i hate numbers. hell, i'm currently the empress of three classes in which i'm actively avoiding presenting the updated grading scheme precisely because said thing represents what i can only hope will be the most confusing math problem i ever confront.

we are talking about a lot of imaginary numbers, my friends. which i remember being one of the only elements of high school math that i enjoyed, but not today, satan.

those numbers are bad though, yeah? having seen them, I CANNOT ERASE THEM FROM MY BRAIN. there are at least 185 people in memphis that i care about.

this is why i prefer the humanities. we deal in stark truths but they are far more forgiving. 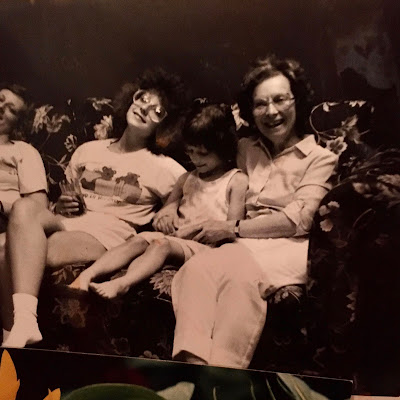 Email ThisBlogThis!Share to TwitterShare to FacebookShare to Pinterest
filed under: burvil, so this is 2020, the family forward