the decade is ending, let's clear out the OitC drafts folder...

we are going to here: 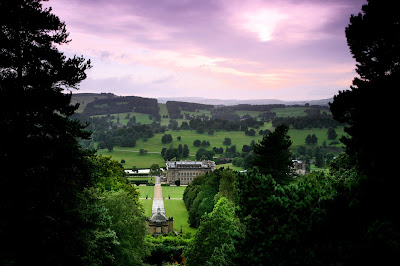 which is maybe kind of the english equivalent of a thomas kincaide painting.

because i'm a diligent worker (read: someone who panics about the possibility of future panics and so works an average of 2 months ahead), all i've got to get done during this week is a really freaking well-written one paragraph on US violence of the mid-60s.

so as we're marauding about the big houses of england, i'll be mulling riots. which seems about right.

debo's coming is an excuse for many things. big houses, for one. but also, little things. like a foam mattress topper.

you guys, my mattress is a nightmare. like, a legitimate tim burton nightmare. there are actual coils poking out. for reals. and because i'm a spendthrift with luxuries and a tightwad about essentials, i've done nothing to rectify this. despite the fact that i've spent the last six months sleeping in a very specific spot, in one position, hugging a pillow to prevent a coil from piercing my breast.

but debo's coming! and debo can't live like that! so at last i've an excuse to purchase a foam mattress topper. huzzah! problem solved.

i'm not sure what it says about me that i'm this stupid. and that the reasoning behind this has, for the last six months, seemed entirely logical. it obviously points to my need for easily controlled manufactured dramas. but perhaps less explicable is the fact that, in these last six months, i've been sleeping better than at any other point in my life.
by oline

Email ThisBlogThis!Share to TwitterShare to FacebookShare to Pinterest
filed under: £££ in the UK, debo