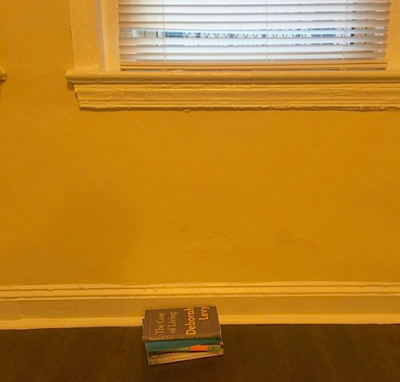 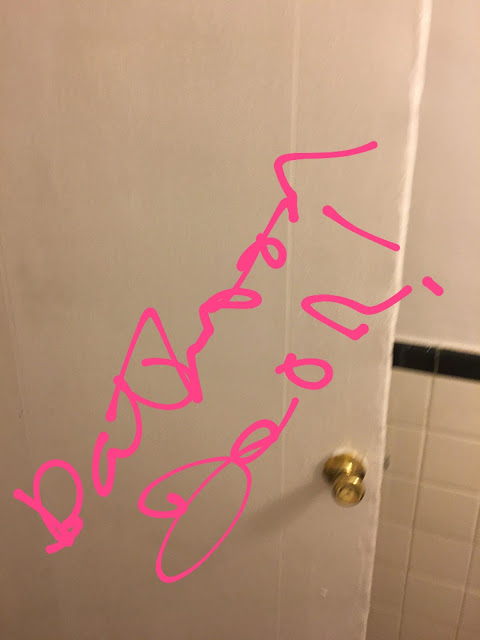 donovan always used to tell the story of how, hearing pearl jam's "jeremy," for years he thought the lyric "violence" was "violins." writing about violence now, i remember that.

it's like there are only so many stories you can hold back. my max is apparently one. so now the other one-- the one from college-- is bubbling up begging to be dealt with. and i don't wanna.

this isn't that story, but it's another, smaller one i'd nonetheless like to get out.

i had this bad date in august. the date version of the lobster in the pot, where there are all these weird things that happen that, individually, don't seem like deal breakers, but they add up to something from which, in retrospect, it clearly would have been wise to run.

i've been fortunate. i've not had a lot of dates where i leave grateful that i wasn't murdered. but this was one.

i told a few friends about it at the time, that very night even.

i immediately ghosted that man on tinder.

a week later, when i got a message from him, i deleted tinder from my phone.

but i've known for the last three months that that man knew my full name and where i worked and he knew my boss at the bookshop.

i've known for the last three months that, at any moment, he might come to my workplace.

yesterday was supposed to be about telling KBG about the thing i've been processing from college. we had a phone date scheduled for after i worked an event at the bookshop.

a poetry event. which i knew was dicey.

i'd told P this last week, that this weird thing happened with this guy who i knew knows our boss and that i really didn't want to be in a room with him again and i hoped he wouldn't be at this event but i thought the likelihood was high here because, from what i remember of our conversation that night, i suspected this type of event was the reason he knows our boss in the first place.

and lo! who walks in the door? that man.

i don't know what my face did. an eyebrow may have lifted, but i felt like i was in control of it for once. i felt like, in that moment, i somehow constructed the iciest version of my face that has ever existed. and i wore that face whenever i felt his eyes on me for the rest of the night.

let me tell you, it is actively exhausting to ice someone out whilst working retail and being paid to project warmth and enthusiasm.

when this man stood in front of the till and asked how i've been, i gave him the coldest, most brusque "fine" i could muster, then projected all of my warmth and enthusiasm into the project of printing a sign to dissuade customers from loudly opening the door during the poetry reading.

when this man gave one last glance while leaving the shop, clearly trying to catch my eye, i projected warmth and enthusiasm at the customer standing in front of me, buying a book.

it wasn't until i got home and locked the door that i realized, since that man walked in the door of the bookshop three hours before, i'd been holding my breath.

Email ThisBlogThis!Share to TwitterShare to FacebookShare to Pinterest
filed under: "romance", donovan, tales from the shop, violence in the city

i'm talking to P in the bookshop. she's stayed after her shift, into mine, and we start this amazing conversation in which we are incandescently ourselves, until someone walks into the shop, at which point we become these Other People.

it's a circumstance we don't acknowledge until about two hours in, when P mentions how hard it is to stay human when she spends so much time at work. a place where-- because it is retail and there is this annoying thing called the public-- it feels like one often is called upon to perform.

in this whole interaction, i'm aware i'm performing a double-act: denying the customer the gift of my kindness, because she is clearly being an ass, while also deriving pleasure from the knowledge that P is watching this, she knows what is going on, and we will discuss it and laugh about it later-- a circumstance that will affirm our collective humanity.

Email ThisBlogThis!Share to TwitterShare to FacebookShare to Pinterest
filed under: book selling

i'm working in the bookshop on a friday afternoon. it's that time towards the end of the shift when you're pretty much done and willing to entertain things you wouldn't were it earlier in the day.

there's a customer buying a book on the restaurant at the world trade center. we're talking about it and he mentions having worked at halston and i am all like TELL.ME.MOAR.

which is why i wind up being talked at by this customer for an hour and a half.

a FASCINATING hour and a half, mind you, and i goaded him and asked questions and was totally involved in the perpetuation of this conversation even as i realized i could probably be anyone in the world and he would be perfectly happy telling me about his time at studio 54.

it wasn't until i was walking home that i wondered something i know i never would have wondered two weeks ago. an idea i, once it occurred to me, cannot shake myself of now...

was it true? or was it an elaborate con?

this is suggestive of my current total lack of faith in humanity. this man was wearing a burberry cape on a friday afternoon in DC. if we're trying to conjure a character who may have worked at halston, he certainly fits the bill.

but i don't know that i know for certain that it was true.