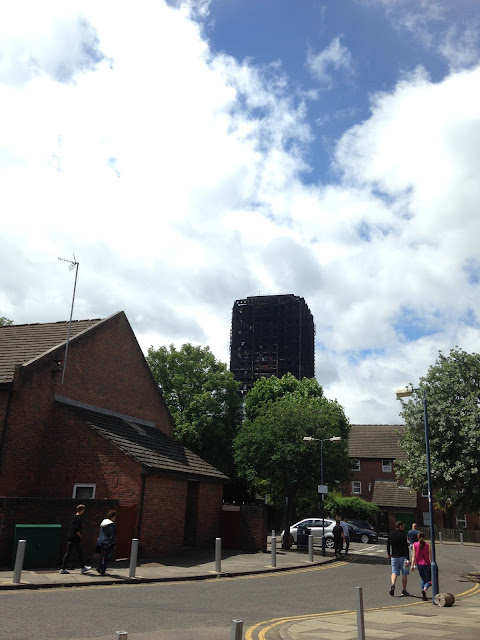 maybe i'm giving myself a choice where there is none. i live in west london. i am here, grenfell is here and it is in my path. it has become the beacon by which, when walking west, i find my way home.
by oline