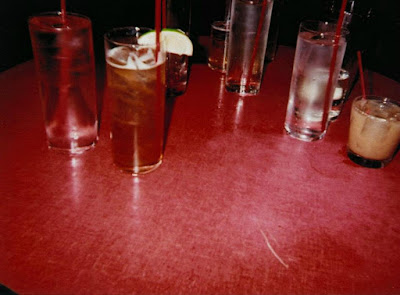 i meet an american friend of a friend in a pub and we drink all of the gin.


and because there is a book from 1974 on stamp collecting on the table, a good portion of the evening is spent discussing philately.

we talk about driver licenses and trump and coming from places where republicans won. and i mention all those conversations in the wake of 8.11 where we just say there in grim silence, when it felt like so much was happening that we couldn't remember how to perform ourselves.

and she asks if i want to stay here and i say yes. but when she asks where i'd want to go if i had to go, i admit that every time i've moved it's come like a strike of lightening. i've just known.

chicago in pink lights. london in an email.

i realize i'm operating on the assumption that, if i must go, it will be a lightening strike rather than a slow fading away in immigration despair. which is a rather reassuring thought.

i've been thinking a lot about donovan. about alcoholism and it's effects. about the fact of those months a decade ago which i spent being the object of someone's very great resentment.

that would seem to be disconnected but i'm not sure that it is.

the story one occupies in a given moment seems interlaced with all the stories that came before.

i tell the american about how crazy it is looking at our country now, given what i know of our country in the 1960s and 1970s. it seems so impossible that we have made the intellectual leaps which have brought us here given the traumas from then. but perhaps we all pack up and move on and it's only later we realize what's been done to us, what we've done to ourselves.

see? philately. a word with depths. a word which will take you places.
by oline

Email ThisBlogThis!Share to TwitterShare to FacebookShare to Pinterest
filed under: america in the UK, donovan