0 given the state of our current world, i think we need more mariah

garebear had a moment the other day where he realized that i might be able to access their cable from abroad and watch all the hallmark movies recorded on the family DVR. this was the most exciting thing ever to him because he has longed to discuss mistletoe promise (his hallmark movie of the year) with me for weeks.

so you can imagine his consternation when, rather than immediately watching mistletoe promise so we could discuss, i instead watched episode 1 of mariah's world.


wherein every interview is conducted with mimi in a state of recline. 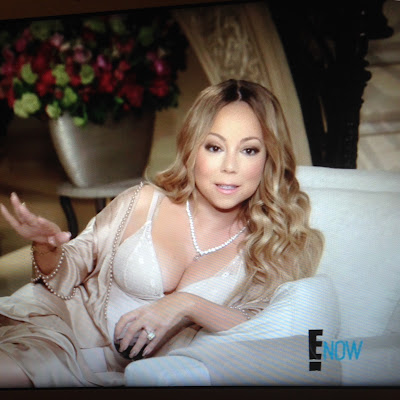 so, of course, this is my new favorite thing.

every time it happened-- which was every time she came on screen in an interview capacity-- i laughed out loud.

because, surely, this is genius. surely reclining makes everything better. imagine how much better my viva might've been had i been quasi-lying down!

lindear is encouraging, as one would expect. 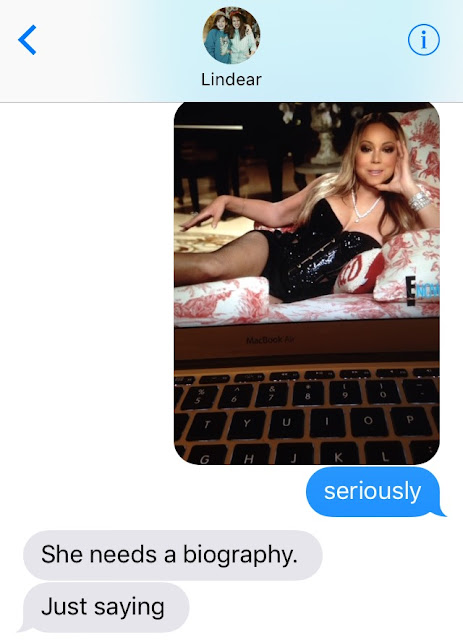 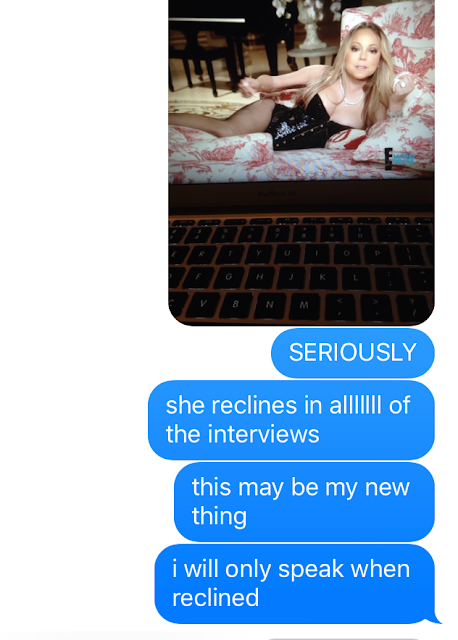 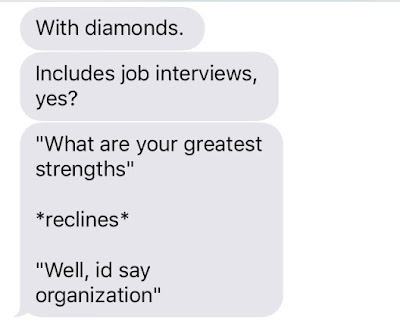