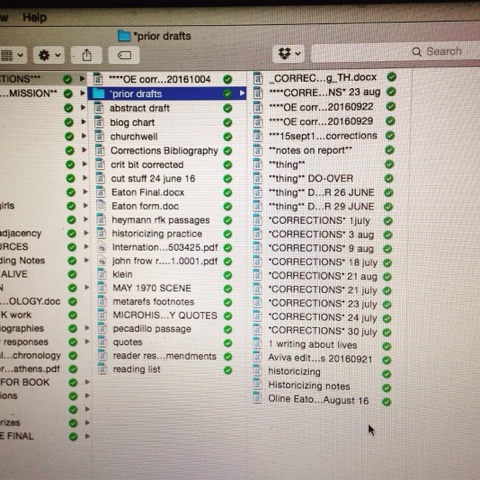 the corrections are due on the 21st. this morning i sent the latest draft to my supervisor for her sign-off. if i've any understanding of the way i work, this is presumably the next to the next to the last draft.

i'm telling N that we will have to get martinis on the 21st and she looks at me, calculating.

you're going to submit it on the 20th aren't you? she asks. just to beat yourself...

i've a suspicion that this is how i let go. by being done with these things before i am required to be done with them. it eases the withdrawal.

this morning i wrote something new. it is shit as is nearly every new thing at the outset. but i found there was a certain loveliness about that.

perhaps this the legacy of my corrections. having spent two whole months wallowing in a process i believed had little value and during which i produced giant quantities of truly atrocious text, i find myself at ease in the wallowing now, confident in the uncertainty of the thing yet to be written but which must be written.

it's an awful tension not without its pleasures: the space between finish and begin. 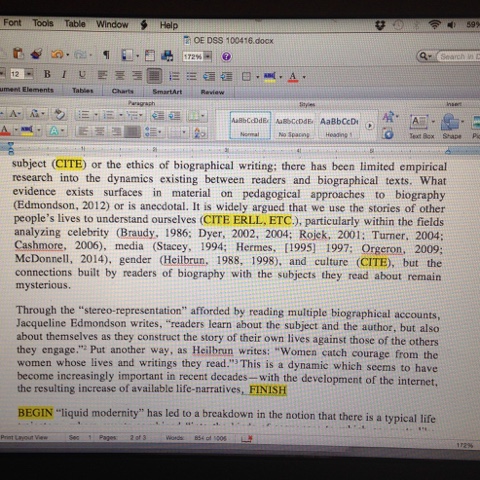 Email ThisBlogThis!Share to TwitterShare to FacebookShare to Pinterest
filed under: the corrections