NP is in switzerland and needed me to fetch some documents from her flat. she also offered me her spare keys, if i could locate them, so's i could use their flat as a writing space until their return. this is how we came to be conducting a treasure hunt over the phone yesterday afternoon.

the documents were found easily enough, without my even having to attempt speaking german.

the keys, not so much.

i've always likened biography to detective work. specifically, to being nancy drew. but now i'm not sure.

an hour into our phone call, when we had both given up and begun to discuss our lives instead of the orange tin in which the keys were allegedly held but in which, upon my finding it, we realized they were not, NP sighed.

you were really good at finding the documents, she said. i guess that's what you have to do as a biographer. documents. that you couldn't find the keys, though... i don't really think you'd make a good detective... 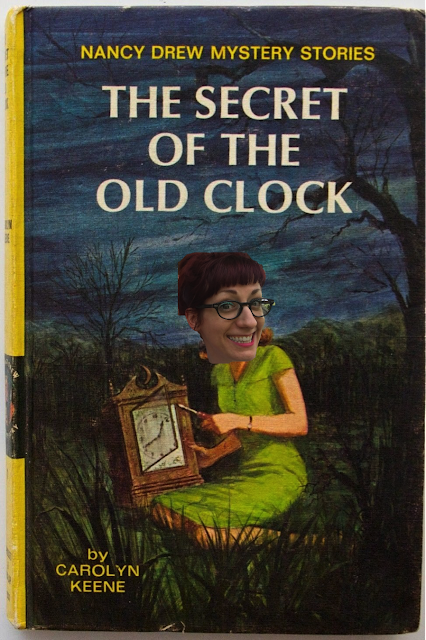