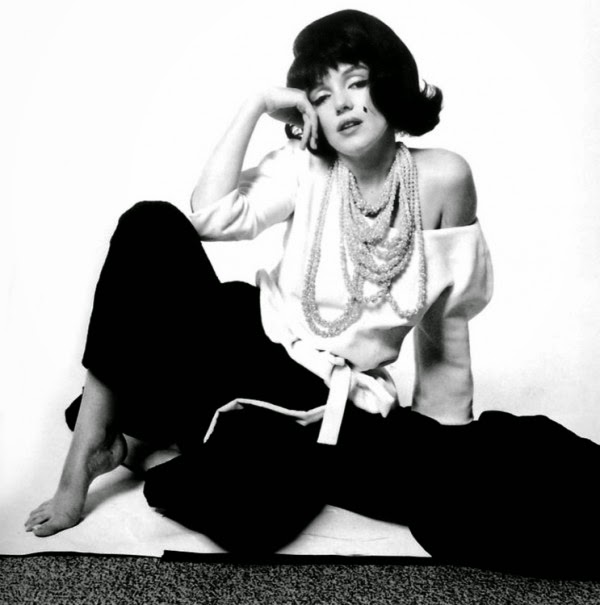 we've reached a point where:

(1) basically everyone famously connected to jackie who dies from here on out will be someone with whom i have corresponded. (likely, this correspondence was one-sided, but still...)

(2) writing about 1974/1975 brought the discovery that i can identify- with near-certainty- a significant number of the "close friend"s, "a source close to jackie"s and "a friend so close she dare not be named for fear of being stricken from the kennedy guest lists for forever"s- a gift of limited usefulness outside of the book i am currently writing, but still an unexpected delight. to read a report of how jackie saw a book in a bookstore and declared it all LIES and know liz smith got that story from an unnamed source who was, in all likelihood, truman capote.

(3) speaking of quotes... over christmas, whilst reading a recent-ish jackie book in the midst of my delirium, i was struck by the fact that i knew where they all came from- the biography or the archive- which was kind of like a version of biographical pop-up video. apparently this happens towards the end, you see a quote and "LBJ Library, 'Letters to VIPs, 1967,' Box 37, folder 2: Jacqueline Kennedy" pops to mind.

(4) richard nixon is everywhere. norman mailer too, but i mean nixon is EVERYWHERE, even when you are not looking, even when you are thinking, oh yeah, i'll get away from it all and write about jfk and marilyn monroe today and then lo! NIXON. he revealed himself about two weeks ago, making it quite clear that he and norman mailer wanted to hijack the end of the book. but then, in editing, i realized he was there all along, scattered like breadcrumbs leading to the watergate in everything i'd been writing the last 24 months. a circumstance which maybe shouldn't be as surprising as it is.

even when you think you're going somewhere and you lean into the notion that you do not know where that is, the possibility exists it was always there and you laughed at it, because it seemed so preposterous. because really, surely, it cannot all along have been so simple as this... 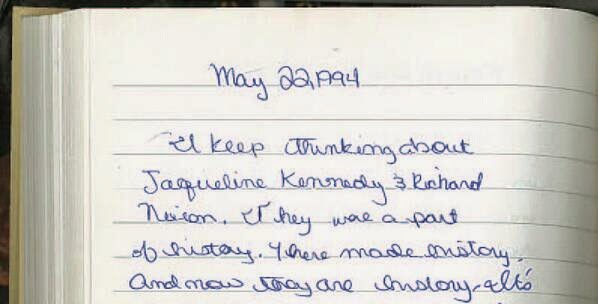