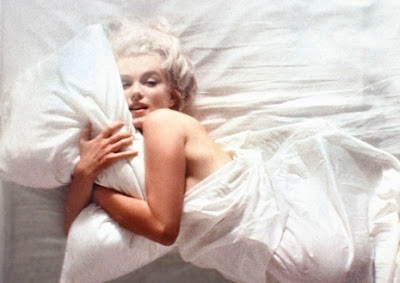 biographers don't eat. at their conferences the food is placed strategically just beyond the bar, which is surrounded by such a crush of people that one can never break through.

in my many futile attempts to reach the mountains of canapés i could see on the other side of the room, i spent a significant portion of this weekend's conference in lines leading to bars, which is where this question always seemed to be making the rounds: how much sleep do you get?

biographers don't sleep. the hourly average among them was four. people looked at me with wide-eyed wonder and blatant envy upon the admission that i'd been clocking in at five and a half. my smugness was short-lived.

before leaving for DC i'd resolved that the summer belonged to jackie and that she was going to get an hour every morning.

i'm back from DC. jackie's getting her hour. last night i got four hours of sleep. it has aged me a bare minimum of 800 years, but there is a silver lining: i'm a biogapher at last.
by oline