this british foods aisle lindear found in nashville is uh-mazing: 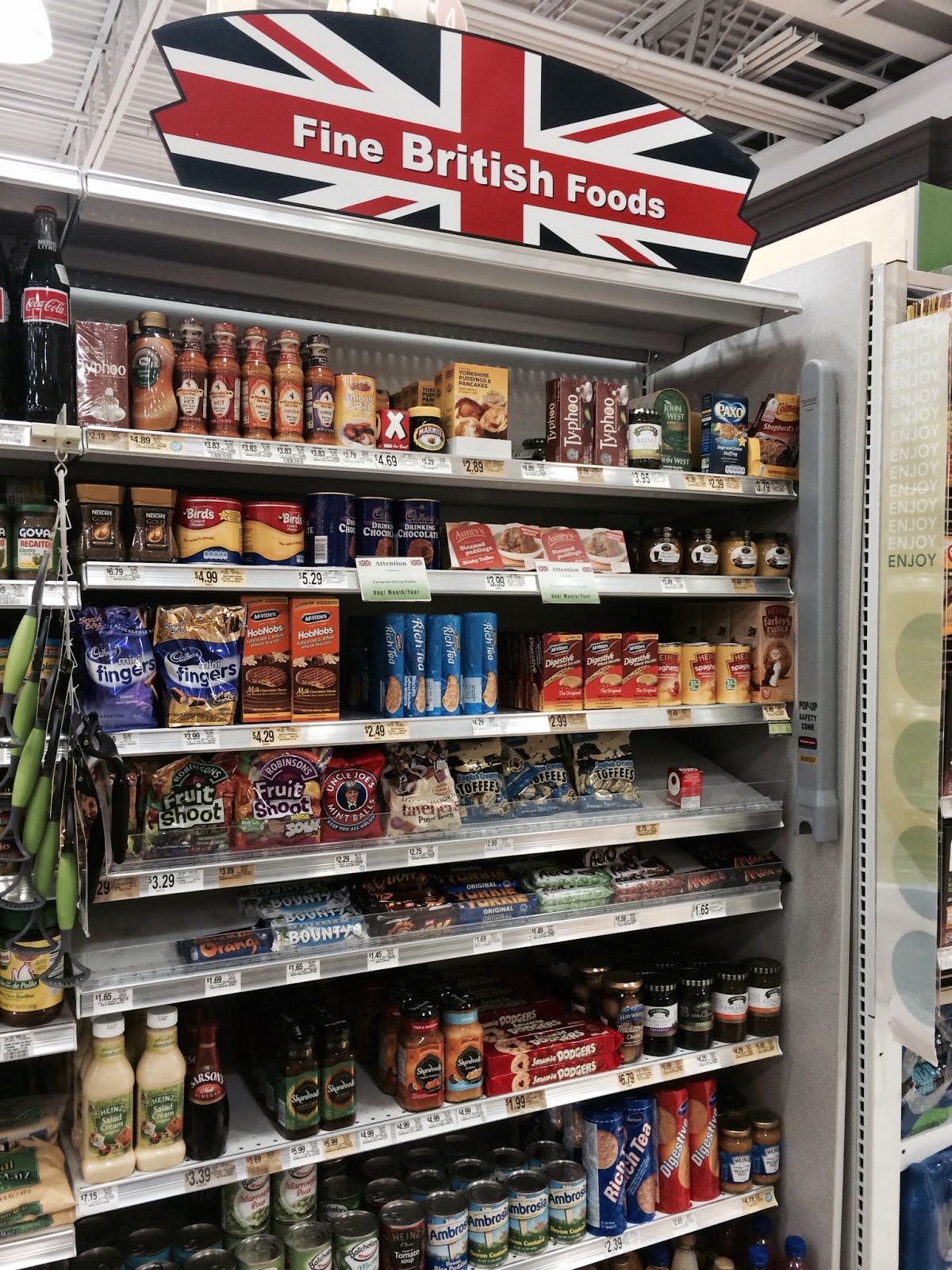 some sort of seasonings in hot, medium and mild next to something "smooth and rich" (and presumably scary) which is next to a random tub of marmite (because, yes). next to a tea, next to some mint, next to some sort of canned tuna (dear GOD, why would you buy british tuna in america when you could just have chicken of the sea???), next to stuffing and what appears to be the hamburger helper equivalent of shepherd's pie. and that was just the top shelf!

2nd shelf: instant coffee (again, why?), something to do with custard (?), drinking chocolate (ie. hot chocolate), "aunty's steamed puddings" (WALK AWAY!!!!!), and what appears to be either jams or chutneys or perhaps a lemon curd.

3rd shelf: a panapoly of biscuits! cadbury mini fingers, hobnobs and rich tea and digestive wheats and then... heinz spaghetti-os (why?! when everyone knows that mulligatawny soup is "the nation's favorite"...), and then ANOTHER cookie in farley rusks. (wtf are the spaghetti-o's doing there?!)

5th shelf: cadbury orange, bounty, something i can't read, yorkie (in america it would be round), several varieties of aero (which is like whoppers in a chocolate bar, i think) and something by mars.

6th shelf: $7 "salad cream" (ie. miracle whip except GROSS), seasonings or jams or chutneys of some kind, jammie dodgers (the jellied doughnut of the cookie world), things with a font meant to suggest india next to something that claims to be "original" but looks rather like olives.

lastly: what i can only assume are meant to approximate mushy peas but which look like "marratoga" peas, heinz classic tomato soup (again, ?), pure ambrosia (???) + more digestives (but of course).

so would we call these "fine british foods"? um... no. salad cream will never ever ever be a "fine food". but, were you to curl up with a copy of pride and prejudice, a cup of earl gray and some jammie dodgers you'd be doing pretty well.

Email ThisBlogThis!Share to TwitterShare to FacebookShare to Pinterest
filed under: lindear, uk in america