0 because my dad's random reference to steven seagal brought it all roaring back, let's pretend it's 2010 and remember this...


who is being sued for human sex trafficking by an employee he used as a "sex toy."

(for the record, jenny mccarthy was not surprised.)

and while all the articles take great pains to mention seagal's "unique physiological reaction to sexual arousal," they do not detail it, which exponentially increases my concern for the safety of this panda. 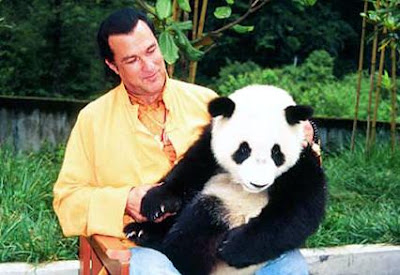