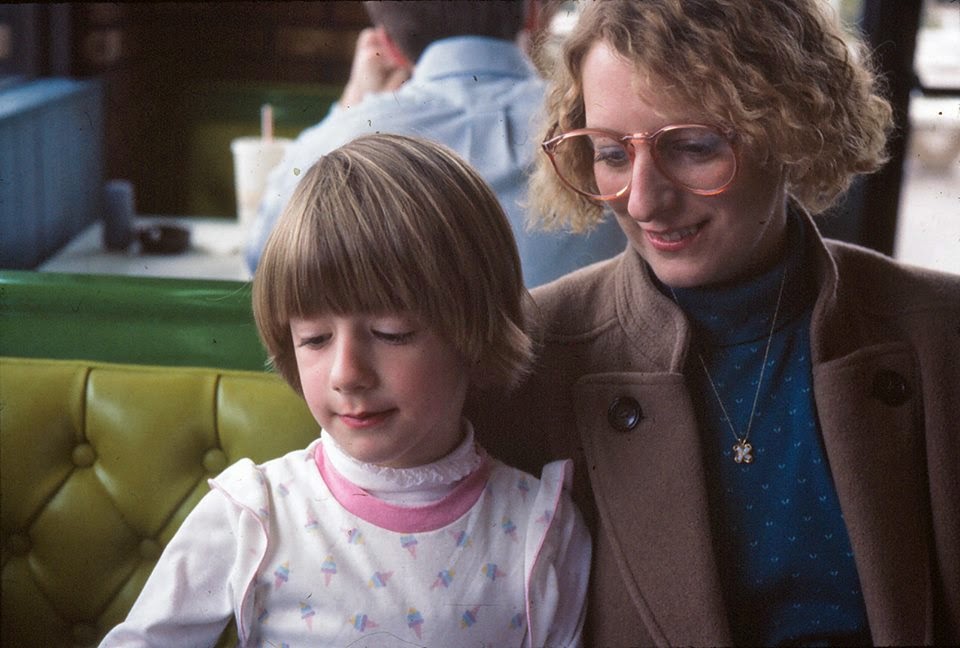 when i was a little girl i had two imaginary friends: rania (pronounced RON-ya, rhymes with tonya) and miner.

miner, my parents knew, came from the name of a kid i went to pre-school with and whose family farm we visited on a field trip. rania? no one ever figured out where i got that from. but they were both around for awhile and then they were gone and no one knew where they went.

last night, i talked to my mum and she said, 'you'll never guess who i saw... rania.'

a question i repeated five times because we got caught in a conversational loop where she kept saying  'you'll never guess who i saw' and i kept asking 'was rania REAL???' because neither of us was getting the response we wanted and we both figured that through sheer force of repetition one of us would prevail.

i relented. she prevailed. and i asked where she saw rania.

turns out my imaginary friend is working at the kroger on winchester. and she's of eastern european descent.

this AMAZED my mother. she evidently made a big fuss at the kroger, telling my father, who was decidedly nonplussed.

hearing her tell me this story, i could imagine the precision with which her jaw would drop in response to his amnesia re: our shared life.

'one of those invisible children we had to buckle in the car for all those years, how could you forget?' my mother told me she told him.

she's telling me this and i'm still trying to deal with the whirlwind of emotions and implications brought up by my initial question, uncertain whether i was asking her if my imaginary friend had been based on this real person or if i had, for a moment, been asking if my imaginary friend had become real, like in that nickelodeon show today's special where all the department store mannequins came to life. (remember?!?!?!?!)

my mother provides no clarity when she says, sort of dreamily, 'i always wondered what had happened to them when they grew up. apparently they became visible...'