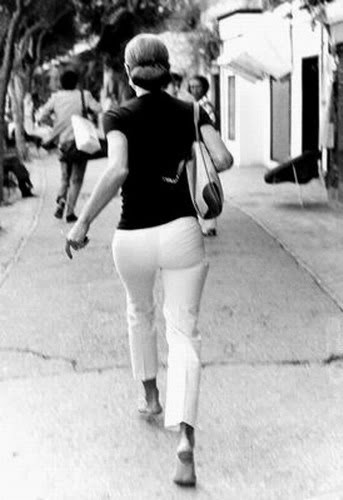 i'm appreciating the fact that 2011-2012oline was an effing genius. for reals. that whole three year plan? the one that's over and so easy to forget about because jackie renewed it for another three years so it's kind of not really over at all, it just went up a notch? that plan. yeah. that turns out to have been rather smart. and that time that i spent cooling my heels was rather more like an investment that would pay huge dividends later on.

chapter two is sloooooooooooooowly coming around. meaning, whilst the existential crisis (how can we tell a coherent story about a life when there are limitless ways of reading each incident and so many opposing things to believe???) continues and seems unlike to ever relent, i'm wading through just enough to hand in a readable chapter next friday afternoon.

as these things tend to do, one step leads to another, so now that i've the ambassadorial interview not only in my pocket but transcribed, i kinda want more.

so often, the experience of writing biography feels like reaching out a window and, instead, finding it shut, banging against glass.

it's undignified. but so worth it when the window's open.

which brings us to why 2011-2012oline was an effing genius. for it's thanks to 2011-2012oline that, upon realizing that jackie's close friend whom i want to interview is totally unfindable online but that she once knew the nabokovs, i can email the writer of mrs. nabokov and ask if she can put me in touch.

and while she may not be able to do that, it's rather extraordinary, the possibility in the ask.
by oline