so you know how i love cemeteries? well, that wasn't always the case. apparently, when i was little, my parents took me to elmwood and i pitched an ABSOLUTE FIT. i remember this vaguely. the only proof is my parents word and a lone photograph where i look deceptively happy to be standing on a monument to the confederate dead.

looking back, i think this may have been around the time when i thought the man in the ruffled blouse was going to slit my wrists while i slept. or maybe it was after the christmas carol. two things i'm slowly coming to think were maybe both tied up in my conflation of jessica's death with the holocaust and the subsequent concern that everyone else i knew would one day be taken away. in other words, this was hands down the most ideal time to be going to a graveyard and tromping amongst the dead.

obviously things have changed. obviously i've swung wholly the other way. now i not only enjoy graveyards but actively seek them out. on my vacations.

this is, to some extent, both a southern thing and a family thing. we are country, after all.

and so this week i pitched an equally absolute fit to go back to elmwood, making a sweeping declaration that this was the one thing i would absolutely die if we did not do.

being my family, we made An Occasion of it and first went to a fancy brunch. then, much as we used to snuggle into the van to go see starry nights, we snuggled into the van, drove to the ghetto, and went to the greatest graveyard in memphis.

we were going with the larger mission of seeing shelby foote's grave. something that it seemed would be so easy to find. and maybe it would've been were the cemetery office open, were there any maps, were there any streets with names. alas, no.

and so we hit up google, which informed us that the illustrious mister foote had been buried beneath a magnolia tree on a hill amongst the confederate dead beside the forrest family.

how do i know that? because my parents and i spent an hour and a half peering beneath the various magnolias on the hills amongst the confederate dead. and, though we haphazardly came upon the grave of someone my father had worked with in the late 80s, we couldn't find shelby foote.

and then, as we drove down the final boulevard, up a gentle incline entirely devoid of trees- magnolia or otherwise- the name forrest leapt out at me at precisely the moment that my father saw the small black marker that was nearly entirely obscured by a christmas wreath and which read 'shelby dade foote', at which point- for different reasons- we let out an identical, entirely unintelligible, cry of 'UUUUUHHHHMHHMMRRR!!!'

the resulting eaton family whoop that went up in that car was nearly deafening. debo turned around to give me a high-five.

and for the record, for anyone pulled over in elmwood cemetery reading this, shelby foote is not buried under a magnolia on a hill amongst the confederate dead. he's buried two hills over from the stained glass people, just off one of the skinny roads in the center, caddy-corner to the forrest family, next to his wife. 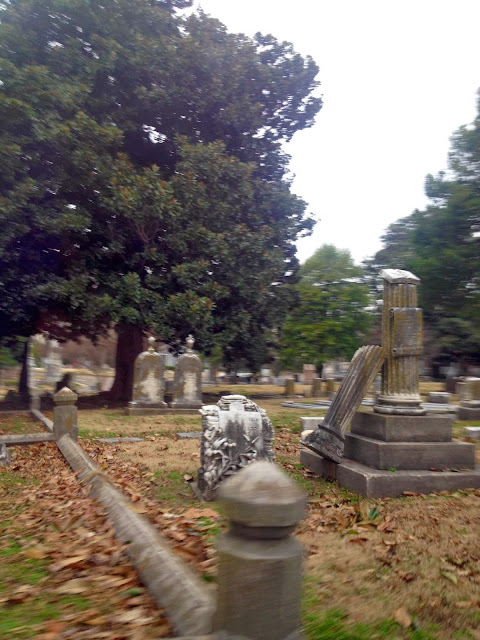 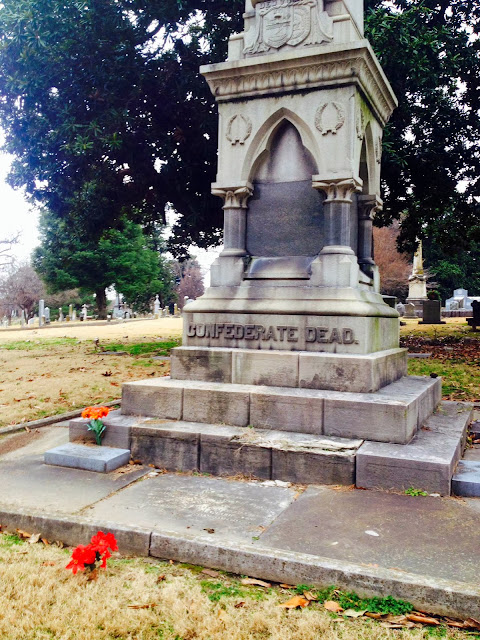 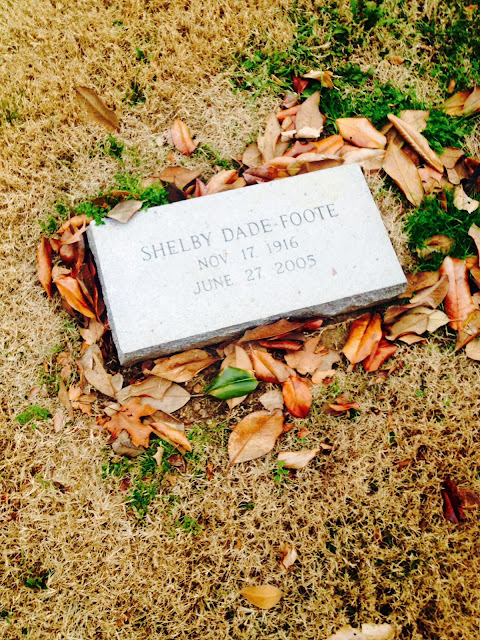 Email ThisBlogThis!Share to TwitterShare to FacebookShare to Pinterest
filed under: her home is on the south side high upon a ridge just a half a mile from the mississippi bridge, the wawah