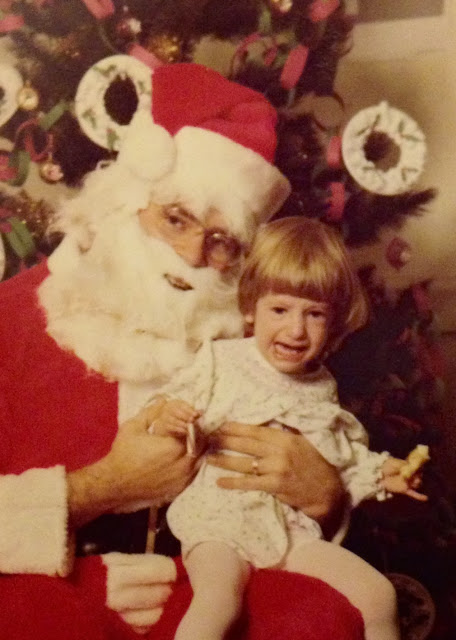 there are all these little moments. moments that comprise a life. and maybe you weren't there and maybe you didn't even see it, but the narrative, it is with us always.

i'd forgotten (or maybe i buried it... there's so very much i've buried in the last year) about the moment last december, when i drove the rental car and all my crap home to memphis and then my mother accompanied me to the rental car return in memphis and, as i rode behind her on poplar pike, we passed the man in our neighborhood who dresses up as santa claus every december and drives around wishing the kids a merry christmas.

i was behind her when we passed him and saw her wave at him, completely uninhibited, so friendly, far more friendly than i could ever be to a stranger because i was raised in a darker, more security-conscious time, wherein i was convinced all the strangers i might ever encounter would offer me stickers laced with PCP.

i saw that. and i loved her so much that i thought my heart would burst, so much i almost couldn't bear to leave her and move to london.

i did, ultimately, move to london. but i remember.

something recently reminded me of that and i was just awash with pride. i thought THAT IS MY MOTHER. i come from that woman.

it feels like a good heritage, a good lineage from which to descend. a woman that tough and yet also that kind.

i am debo's daughter.

my father and i were talking the other day and he told me of how she had been waiting for burvil at the doctor's and this woman came out who couldn't pay. and the woman tried to sell the receptionist some doilies, but there was nothing the receptionist could do to ease the burden of the bill.

and so the woman left.

and my mother chased after her.

and caught up with her in the parking lot.

and bought some doilies.

and another woman passing them in the parking lot stopped to see what was happening and bought some doilies too.

and so this woman who couldn't pay her bill walked away with $35.

because my mother is a woman who loves in a way i fear i never will.

because she is a woman who waves at the man who dresses up as santa.

whilst i am the frightened little girl driving the car behind her, watching, in awe.
by oline