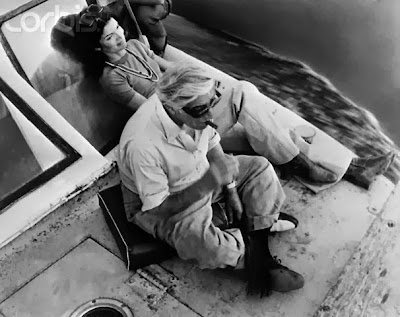 so's i've been working on this jackie book for forevers, yeah?

which might lead one to conclude that i have some idea what i'm doing, except... um... no.

the funny thing is that i'm allegedly all about suspending expectations. i get up on my high horse and am all 'oh but really it's so much more exciting when you don't know the endpoint you're aiming for and you're open to experiencing anything', which is maybe, in the end, total bullshit.

if not bullshit, at least a work-in-progress. a belief i believe and yet do not fully psychologically accept. or can we even accept such things? are we hardwired to work in a certain way, seeking a known quantity? so that, no matter how much i spout off about suspension of expectations, my heart of hearts will always push forward with a plan over which it will later be disappointed?

i've been working on this jackie book for forevers. for the last two years, i've been saying i'm out to do something radically new. so why am i surprised that it has turned into something unexpected? that the direction it has gone in is radically new? and why am i knocked off-kilter by the fact that, in going there, it has done something i did not intend to do?

because isn't that the amazing aspect of writing? that, in writing, we often do things, say things, that wind up assuming other meanings for other people. one cannot guarantee that what one writes will resonate at all, much less that it will hit someone else's center in the same manner it came bursting forth from yours, though sometimes it does.

but even more than that, isn't the most amazing aspect of writing when we do things, say things, we do not intend to do or say? do not, in fact, even know how to do or say, and yet there they are. done. said. and so i can look back on a sentence or a paragraph or a whole page and maybe- one day- a whole book and think 'my god, that's good' and have it truly feel as though these words that came from me are not of me but something altogether else. something better.

that is the moment i write for. that moment where something i have done reads like the work of someone better.

i have, i believe, in the last few months produced the best work of my life.

lest that seem dreadful braggy let me qualify it with the fact that i am also deeply, abjectly insecure about this work that i've produced, often to the point of nauseousness.

because it has gone in directions i didn't intend. why am i surprised? well, the thing is that i thought i was writing a story of joy and light. which, knowing me, knowing my love of cemeteries and taxidermy and dead things and shooting stuff and macabre stories, it's maybe not surprising that i wouldn't wind up producing the biographical equivalent of a precious moments doll. but still.

i am surprised. i have taken myself aback, if one can even do such a thing.

because i'm doing the best writing of my life. and what i'm writing, albeit beautifully, is a little ugly open wound of a thing.

i thought i was writing a story of joy and light. it isn't. it is dark, sometimes terribly so.

which is, i guess, what it needs to be now, as that's what's coming out. and that's what feels right. and for all its not living up to the expectations of what i thought i'd be writing, what i am writing is right. finally, at long last, after all these years, i'm telling this story in the way i want to tell it.

but thus far it isn't. and slowly, ever so slowly, i'm reconciling myself to the idea that it may never be. that maybe the story i'm writing- the story i know so well and have lived with and lived by- isn't pretty after all. maybe it wasn't the light but the dark that i've been chasing all along.