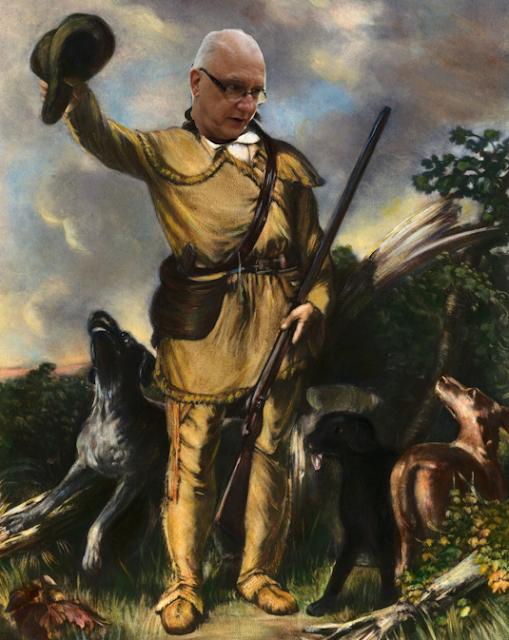 pretty much the cornerstone of my identity is the fact that my father is a yankee and, because he came down south all carpetbagger-like and married my mother, a delicate flower of a southern belle, i am a yankee brat.

this is key, ya'll. it brings clarity to all the tensions in my personality. the push pull between my desire to be a lady and my tendency to be everything but. it's because the yankee side whooped the southern, which makes both biological and historical sense.

it is then dreadful inconvenient that, four days ago, my father decided, at long last, to claim his birthright and identify with the state of his birth: TEXAS.

this is largely based on his affinity with those who died at the alamo. and, for a heritage he has spent the past 62 years overlooking, it has suddenly swept into full bloom. gary eaton is now texas to his very core.

much like that one time dougo and croftie likened the landscape of indiana to the swamps of louisiana with an authority that implied that had seen the latter when they had, in fact, not, so my father now boasts of his texan roots, prefacing everything with the proviso that he speaks 'as a texan' and couching all of his opinions within the context of 'being from texas.'

my mother is, as always, bemused. when i whine that my father's new identity has uprooted mine, she assures me i mustn't worry, and that this, an integral element to a personal journey, is all for the best. he's finding himself, she says, and he's found himself in texas.
by oline

Email ThisBlogThis!Share to TwitterShare to FacebookShare to Pinterest
filed under: gary, the family forward

I don't know if you could have made a better picture to illustrate your story. Perfect!