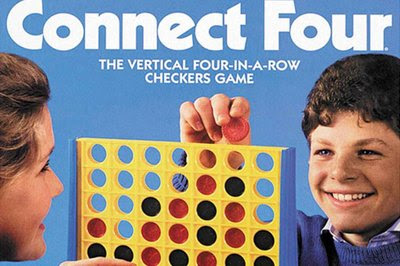 (1) it is, i think, downright bizarre how things are connected.

and, yes, i'm writer and somewhat prone to magical thinking so these connections are, in the end, also something i actively seek out in my attempts to turn everything into story, to make sense of the world and participate in it and feel emotions via a series of tales.

(2) my father sends me letters. they are a continually evolving work of art. since he recently fell head over heels in love with the wall street journal, they've come to include- in addition to the quirky photographs, wandering thoughts, treatise on theology, and stories told through postage stamps- random articles from the WSJ that he thinks i will enjoy.

a week or so ago, my father wrote me a letter and included a review of a book about ava gardner.

the other night, i randomly went to see sweet bird of youth, a tennessee williams' play i'd only recently heard about.

the following morning, i finally got around to reading this letter from my father and, with it, the review of the book about ava gardner. a review that opens with a lengthy comparison of gardner to the main character of sweet bird of youth.

is this coincidence? or just a matter of, when you're reading and seeing and doing, you become more aware of the connections between what you read and see and do, of how interwoven it is, this world around us?

(3) this is, in part, what i love about biography. that, if you're reading biographies of different people who lived during the same time, the people you've already read about frequently pop up, like old friends, in the lives of others. in biography, characters recur in ways they often do not in novels.

like how the mitford sisters cameo in every biography of anyone who lived during the british 1940-1960s (plus many of the americans too). that happens. a faulkner character appearing in the work of f. scott fitzgerald? not gonna happen, but would that it could. because, in real life, people do overlap. stories collide and spin off.

(4) i'm drawn to intersections. places where people and stories come together and, also, where they collide, where they deviate. this post may, in fact, have deviated because i'm no longer sure of where it should go, of what i want to say.

and so i will say this... my therapist (who i'm apparently egregiously exploiting for blog content now) noted that i'm drawn to endings. not death, mind you. death i am against, but endings, hell yeah. for there's a forward motion to be found in the knowledge that something is over, that you're done with it. from moments at which there is a clear demarcation that A Time is concluding, that it has finished, that we have, in fact, finally arrived someplace, ie. the end, from that, liberty springs.

Email ThisBlogThis!Share to TwitterShare to FacebookShare to Pinterest
filed under: biogrophiled, dissertating, the natural condition