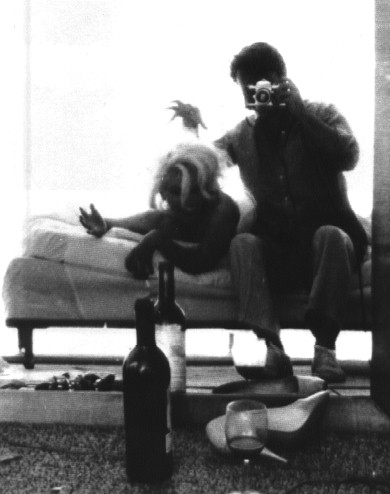 the problem with getting older, wiser, better at what you do is that you're then constantly forced to confront the horrible awfulness of everything you did before.

i'm writing letters again. it is fall 2010 all over, except now i look at the letters i wrote then and see they are purely amateur. and now i am staring down two projects, the next 10 years if i'm lucky and can swing biography as an actual job. so there's both more pressure and no pressure because i'm pretty sure it's a crapshoot and whatever will be will be.

que sera sera and all that.

but i'm writing these letters. better letters than i did in 2010. because this is where things begin... with rejections from fancy addresses... the signatures of famous people... interviews with their less famous relatives. in all of this, i am a begger.

i don't know how i feel about that. it seems quite a disreputable thing.

a few weeks ago, at a conference, a.s. byatt said she never wanted her biography to be written. she would go running away from any biographers that approached her. she was sitting in a room of biographers at the time and you could feel the atmosphere tense. not because people were offended by what she had said, but because the very fact that she said it suddenly made her more interesting, it made  her story take a shape it had not had, so that precisely because she said she feared biographers, it seemed a biography must be written about her.

there is, i fear, something ungallant about the whole genre. or, at the very least, there easily could be. even when done well, it is still a pillaging.
by oline