0 things i did not expect

that in moving to london, i would suddenly crave new york.

in the early 90s, when my family was in the habit of putting mary engelbreit iron-ons on t-shirts and giving them as gifts, there was one that said: 'wherever you go, there you are.' (joe wore his for twenty years, so that the drawing faded off and the quote was reduced to plain old 'there you are.') we look back at these shirts and laugh because they are ridiculous. but then, this is at least the second time i've referenced that shirt. so at the heart of that saying, there must be truth.

and so, wherever we go, there we are. but why is it so difficult to be content? to just be there? where you are?

i am always restless. even in london, which i have come to love more than i imagined, i long to be elsewhere. on the move. having an adventure.

never mind that being in london is itself more adventure than i ever imagined i'd have.

there's a ticket to paris with my name on it. last year, in paris for my birthday, so ignorant of what lay ahead, i declared that all birthdays should be spent there. and so this year it will again. but somehow it's not enough.

new york and paris. these are the stations of the jackie cross. for years, the trajectory has been that new york tides me over until paris. but now that paris is in the bag, i find that the only place i want to be is new york. which is unfortunate. new york has never been so far away. 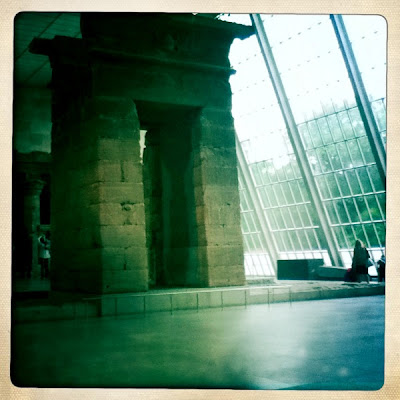 Email ThisBlogThis!Share to TwitterShare to FacebookShare to Pinterest
filed under: new york