0 the postcolonial tyranny over women's mouths in class 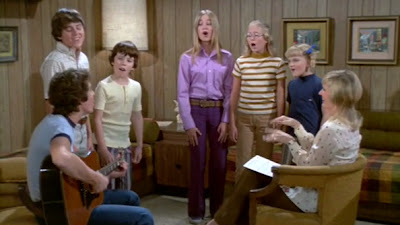 i never ask questions in seminar. this is evidently noticeable enough that my seminar friend has pointed it out at the end of each seminar we've had in the last four weeks.

i don't ask questions in seminar because (a) there's not been a single question i've wanted to ask about the papers that have been presented, and because (b) i abhor speaking in class.

oddly, we've reached a point where i feel quite comfy speaking in front of 40+ people, so long as i've a well-written paper to present. papers i can do. but in intimate spaces, small rooms, or- more specifically- classrooms, i feel uneasy.

in first grade, i talked all the time. to an extent that my evil teacher (srsly, joe scanned a picture of her and gary sent it and- no lie- she looks exactly like the wicked witch of the west) marched me to the principle's office, called burvil, and told burvil to tell me to shut up.

(this is one of the moments that, if i try to enter it, is alarmingly accessible. the heat on the phone from the teacher's hand. the feel of the fleecy inside of my pink sweat shirt as i pulled it down over my clammy hands. the vivid bright orange of the uniforms of the astronauts killed on the challenger in the photo that hung on the wall.)

burvil, of course, did no such thing. instead, she told me i should maybe talk a little less for today and that there would be vanilla wafers and my favorite episode of the brady bunch waiting for me when i got to her house that afternoon.

but the lessons we learn as children stick. that teacher made it very clear that there was something wrong with me. and so i stopped speaking in class. started blushing when asked to offer an answer. started pretending i didn't know it.

i vividly remember sitting in meg murray's survey of early american literature in college and whispering  all the answers to her questions so that donovan could raise his hand and give the correct response.

this is, obviously, totally ridiculous. but i'm 31 and still it sticks.

and so it felt like a huge big monumental deal when i spoke in seminar last night.

as the only person in the room who'd read mark twain other than the speaker, it also seemed somewhat of an obligation. but that didn't diminish the horror when every single head in the room swiveled round to look at me, to hear me, to listen to what i had to say. to bear witness to the strange point about the colonialism of reconstruction that had sprung into my head and which i then tried to get out of my mouth in a meaningful way.

i'm quite sure the fact that i spoke in seminar last night meant pretty much nothing to everyone else in the room. i'm quite sure- unless a flurry of american topics come suddenly to the fore- many more months of seminar will pass before i speak again.

but small steps are key.

not yet quite two years ago, i delivered the sex toboggans paper at the popular culture conference in texas. the delivery was halting. my hands shook ruthlessly the entire time. but what i remember most is the exhilaration after when i called k.clen and left a message that was basically the shout of 'I DID IT!' repeated again and again.

if you'd asked me then if, in two years time, i could envision a world wherein i'd be living in london, asking questions about post-colonialism, i would've answered a resounding hell no.

writing about lives, which is what i do, makes one look back and to search for retrospective meaning in the steps that have led forward. the small pieces and intricate details that can connect, if one wants them too. as a life-writer, i really really want them to. for i think it is those connections that give our lives meaning.

my father, because this is how we think, responded: 'bearoline, who knows where that will lead!'

Email ThisBlogThis!Share to TwitterShare to FacebookShare to Pinterest
filed under: burvil, dissertating, feminism in the city, retro, the family forward