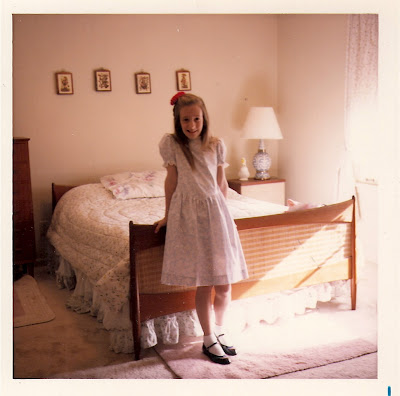 there are moments that are so almost unedureably close, so much so that i wonder, if i had just the tiniest bit more imaginative power, i could reenter them. (god knows it would make writing far easier.)

i'm supposed to be fathoming out what jackie means to me. what drew me to her in the first place. why i think her story should be of value to us now.

you'd think that after nearly 19 years, my answer to this question would be finely tuned, alas no. and so i'm trying to remember what it was like back then, in the beginning.

because everything these days comes back to joe and burvil, what i remember most, at present, is june 1994. the summer i bought every single jackie kennedy magazine on the newsstand, for reasons i did not then know. this summer also served as an introduction to all of the magazines on the newstand. magazines i'd never heard of, never seen, i'd buy because jackie was on their covers.

i was in memphis for the first two weeks of the obligatory two sets of two weeks when, somehow, i coerced burvil into buy me a copy of the july issue of vanity fair. it was to be the second to last of the jackie mags that summer. it was also the first time i saw the f-word in print.

this is key, EPIC, this issue. it is memorialized in wayne koestenbaum's similarly epic jackie under my skin (the book that made me want to write and which you should all read) as the only issue that summer that memorialized jackie as jackie O rather than kennedy.

what i remember is that i wished the cover photograph was in color. i loathed that it was black and white. 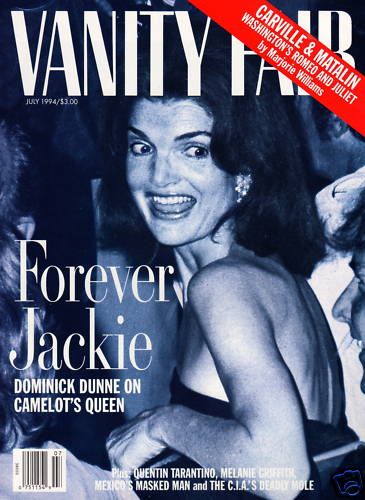 and i remember devouring that magazine in my bedroom in my grandparent's house on inverness parkway. the slick gloss of the pages. the flowered bedspread. the kneeling.

the other day, taking a cue from the brady bunch (which i will admit to watching endlessly in my present immersion in the culture of 1969), i attempted a recreation. i sat amongst the floral field of my bedspread, kneeling, and felt the slick gloss of the pages against my fingertips.

but imagination can only take you so far. i was young then and could kneel for hours. now i kneel for, like, four minutes and then grunt when getting up.