i confess that the thing that worried me most about moving to london was that it would be gray and rainy and a world of drear, and i would be depressed all of the time.

that's a story that sticks with you. especially when you hear it nine times.

if you're some 20-year-old kid in mississippi, no matter how much you love eliot or the wasteland, that doesn't exactly make you want to move to london.

and so i had mixed feelings re: the emotional toll of the weather. like, i'd managed to survive seven chicago winters by the skin of my teeth as a mild depressive and would now be subjected to a never-ending, 4-year case of SAD.

as is the case with nearly all of the things you think about something before you do it, this turns out to have been nearly so dire as i dreamed.

not every day, mind you. there are clouds and rains and snows as well. but the world of drear i'd imagined would engulf me has been largely kept at bay. and the world i've stumbled into- one that would have absolutely shocked the socks off the 20-year-old me had she known what was coming- is surprisingly beautiful, surprisingly blue. 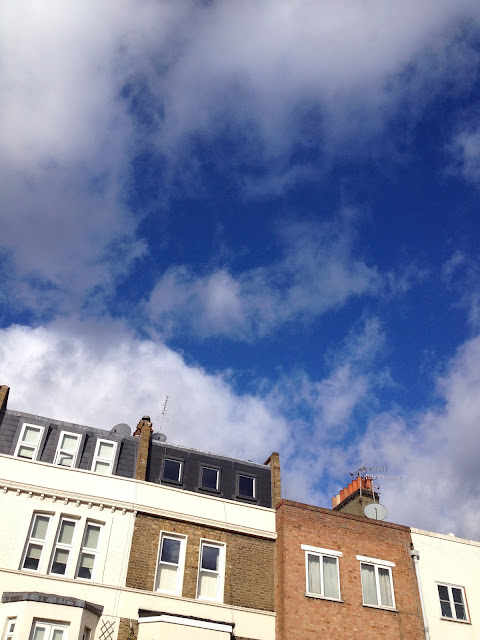 Email ThisBlogThis!Share to TwitterShare to FacebookShare to Pinterest
filed under: weathers in the UK