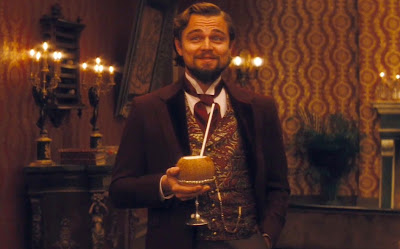 somehow, being born after something- the assassination of jfk, for instance- doesn't seem nearly so jarring as having died before it. there was an essay in the new yorker about this a few months ago. the author's wife had died before 9/11 and he couldn't reconcile his knowledge of 9/11 having happened with the fact that she never knew about it.

as he was dying, in that last conversation we had the week prior, it seemed to wrong to speak of all the things i would be doing after he did. and so donovan never knew i was moving to london. this hasn't particularly bothered me, but i've been aware of it. more so since reading that essay in the new yorker, but still not really that much. it's simply an oddity that he was the only person alive then who did not know i was going to be where i am now.

the fall before last, after he was diagnosed, donovan got a dog. in an email, he wrote of the names he and his girlfriend were toying with. there was zelda and there was django. i voted for zelda. who'd ever heard of a name like django?

he, of course, went with django. it was months before i realized that was the working title of the next quentin tarantino film. this joke was a slow burn, but damn was the pay-off good.

for weeks, i have been hearing, reading, talking, dreaming about django unchained. i worried that i would miss it. that it would be like downton abbey, season 3 (aired in the UK sept-nov, aired in the US jan-feb), and we would pass like ships in the night.

(1) the american theater concessions industry has done us a terrible wrong by not offering ben & jerry's ice cream.

(2) it is absolutely devastating that he did not live to see this film.
by oline

Email ThisBlogThis!Share to TwitterShare to FacebookShare to Pinterest
filed under: donovan

THIS. THIS. TEN THOUSAND TIMES THIS.