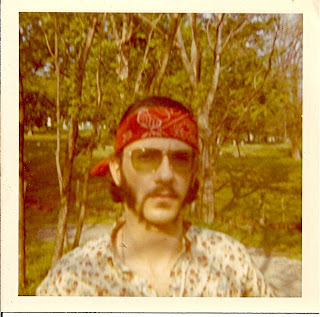 joe is scanning the family slides.

i cannot exaggerate the monumentality of this task.

in the 1980s, both joe and gary were shooting with an average of three cameras at one time. my mother had her nikon and i had my pink kodak. as my mother pointed out over christmas, burvil is the only member of our family who didn't take photographs.

and so most everything that happened to us then is memorialized across three mediums (color, b&w, and slide) and from a minimum of two perspectives.

this weekend, my father handed over his vietnam slides to joe. this is exciting. i cannot wait to see.

he'd warned me that he was going to be editing out the slides of various women and drugs. he didn't want joe seeing that. or, presumably, me either.

but, even though his collection was edited, he later told me that he warned joe as he handed them over. that he was in the army, there were playboys, and girls, and he couldn't be entirely sure what joe might run into when scanning this batch.

that is when joe leaned over to his my father, his son-in-law, and confessed that he knew all about that. in scanning his slides from the navy, he'd done some editing of his own. he'd taken all the "bar girls" out.
by oline