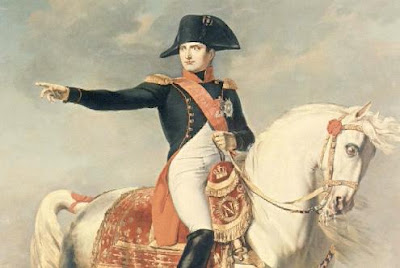 when partner and i were traveling round europe with a tour group after our college graduation, our guide esme (a name so exotic then, which only makes me think of twilight now) made this grandiose statement as our motor-coach passed waterloo.

gesturing wildly into the near distance, she said solemnly, "and that is where napoleon met his waterloo."

except, upon going to write about it now, i realized maybe none of it is true.

partner and i were never in belgium, so we were never near waterloo. perhaps esme was gesturing into the far distance rather than the near? perhaps she was telling us a story about napoleon's other waterloo? did napoleon have another waterloo? if so, that is, like, an embarassment of waterloos for one man.

i say all that to say that appendix 8 of the tier 4 visa application very nearly was my waterloo.


the title is deceptive. when you hear the word "appendix" you think: (a) a vestigial organ (though it's vestigiality is disputed) or (b) a vestigial addedum to a literary work. either way, the vestigiality provides a common thread.

appendix 8 is not vestigial. it's really effing important.

appendix 8 is seven pages long. this, also, is deceptive.

what appendix 8 doesn't tell you right off the bat is that there's an 88-page companion guidebook to aid in its completion.

this is the point at which i wanted to beat up appendix 8. ultimately, i didn't. ultimately, i completed appendix 8 nine times, because the computer kept freezing and losing all of my work.

1) Waterloo was/is in Belgium? Damn, I suck at history/geography.

2) Someday, I want to take a group tour around somewhere with you and Libby/Liz. Think of the adventures we would have. Even if said group tour happens in, say, southern Arkansas, I think we would still make it fun.