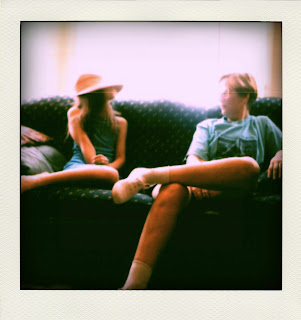 we divvy up areas of responsibility in my family. accordingly, i am responsible for The Stories and traditions; gary is master of photoshop and post-apocalyptic worst case scenarios; and debo handles telecommunications and the time/space continuum.

the other night, because we hadn't spoken all weekend, debo and i wound up talking for an hour and a half about all manner of things. sexism in politics, touched by an angel, 9/11, and our cell phone contracts.

in 2000, debo signed a contract with our cell phone service. this was because this provider was the first provider to put up a cell tower in starkville, mississippi, and at long last i would have service at school. hurrah.

(btw, i have a letter of that fall from burvil saying that the servicemen had just come by their house and the internet was guaranteed to reach their stretch of highway 375 by the end of that year, an anecdote that seems emblematic of all the dreams from that time that took ten years to come true.)

in 2000, my mother signed this contact with our cell service provider that is then renewed every two years for an additional two years, whereupon we are all granted new phones. the catch is, she signed me up for a plan in 2000, added my father the following year and herself the year after that.

then, after five years of making all their cell phone calls on alternate saturdays whilst sitting in the parking lot of the matachie post office, my grandparents were brought on board in 2008.

(knowing what you know of them, please appreciate the hilarity of joe and burvil being on a phone plan that gives them endless internet surfing capabilities and unlimited texts.)

and so we are committed to this cell phone provider much as adherents to scientology are signed to billion year contracts.

it's a longstanding joke that debo will be making phone calls from heaven in the year 2210.

she's aware of the absurdity. the other evening, when we were discussing this in light of upcoming telephonic communication complications, i ragged her for it.

and she, in one of those moments for which she is famous, dropped a pithy truthbomb that cut straight to the heart of the ridiculousness that is our multi-decade cell phone service provider contracts. she said, "it's like the hotel california. you can never leave."
by oline

Email ThisBlogThis!Share to TwitterShare to FacebookShare to Pinterest
filed under: debo, the family forward, we are in contract to sprint for our lives