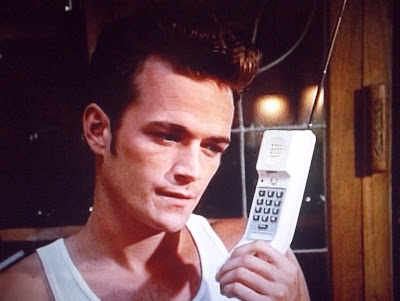 Hey, ya’ll. it’s been awhile. (please read that in the voice of aaron lewis.)
well, it hasn’t really because i’ve been keeping you occupied with a stream of miscellaneous content, but it HAS been awhile since we left brandon and patchworkpants making out in that meatlocker (yeah, it wasn’t a meatlocker, but isn’t that story so much better if it is a meatlocker? speaking of, remember that episode of the brady bunch where greg got stuck in the meatlocker? good times.) so where are we?
season 3, episode 9, entitled “high wire.”
and i have to say: you guys, i have looked into the future (ie. wikipedia) and we are in for some UH-MAZINGMENTS. for reals. this season is rich. i think i knew that but i forgot it and now i know it again.
i don’t wanna spill all my beans, but next week we’ve got “home and away” with one of my favorite epical 90210 moments: david silver’s immortal mic check. then we’ve got the Surprising Return of a Person From Brenda’s Past (can you guess who?) an event which, btw, totally goes down in a blockbuster video, as did a surprising lot of dramaz in the 90s. what else? oh yeah, the ridic christmas episode with the angels. the episode of dylan and the horsewoman which is basically just soft-porn. and OMG, shit tons of jack mckay shady business.
so are you ready for The Season of Brandon’s Gambling Addiction/McKay’s on a Yacht/Steve Sanders Screws Up His Life/Kelly Does Diet Pills/Brenda Feels Left Out/Ahhhhhndrea Dates A Black Guy/David Gets A Record Deal/DONNA MARTIN GRADUATES?
no. you’re not. how could you possibly prepare for that? nonetheless, here we go…
END_OF_DOCUMENT_TOKEN_TO_BE_REPLACED
by oline