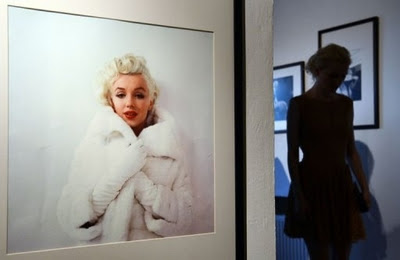 in the summer of 2011, whilst in london, i went over to paris for twelve hours. i returned with a cute little story that was, i thought, totally done.

that cute little story went from 1,200 words down to 496. then it blew back up to 1,600. it is currently sitting at 1,375. it's been through the naked lady bar no less than five times and faced croftie's editorial talons twice. the two MKs have read it, as have various editors and some random dudes in the admissions office at UNC. and still it is not done.

because what was supposed to be a cute little story has morphed into something entirely different. something for which i don't really feel prepared to do the required psychological digging.

croftie and i were discussing this a few weeks back. about living as writers and struggling to explain in writing how we live as we write. in conjunction with this, she sent over a passage from ralph keyes, who i have not read and will now quote liberally:

"It's hard for a writer not to feel like a moral cipher; someone likely to use any person, reveal any secret, exploit any episode in the quest for 'material.' Joan Didion's observation that 'writers are always selling somebody out' struck a painful note of recognition about her colleagues. The reason Didion's comment gets repeated so often by other writers is that they know how true it is...This leads to a bifurcated life: one lived and observed simultaneously."

that is, ultimately, what the story of the frenchman has turned into. or is trying to turn into. it's a commentary on the bifurcated life.

that is, in large part, why i never wanted to be a writer. because, as a writer, you routinely have to write things that would make your mother blush. not in the sense of being provocative so that what you write will be published (though there's that too), but rather as in writing things that even you may be loathe to admit are true.

truth: i live best when living an experience that will later be written down.

i'm pretty sure that, on some primal level, that makes me a shitty human being at best, but there it is. that is how it has always been. the act of of organizing an experience in my mind heightens my experience of it, sharpens the senses, makes it more real, makes it more life-like.  simultaneously, in writing the story as it is being lived, i can bypass inconvenient aspects of the actual living of it. the writing, in part, sustains the emotional blow.
there's a selfishness at play here. taking hold of the present (of the frenchman, of my family, of donovan's death) as though it were a fiction, as though it could be manipulated like one, gives me nearly complete control. i own the story, even as i'm living it. a narrative hijacking, if you will.

which is all bullshit, the illusion of control where really there is none.
by oline

I will read this many times