my dad's mother lived in upstate new york. she came to memphis a few times and we went up there once. but for most of my life, while she was alive, she was a voice on the phone.

i've written about her gifts before. about how they came in enormous boxes that looked like they'd been sent from the moon and were filled with enough marlboro smoke to imply the same.

what i've not written about is how my dad documented the opening of these boxes through countless photographs. once we'd waved away the smoke, i would open the contents of each box, with my dad photographing every stage, so- upon receiving the pictures back in new york- grandma ruth would feel like she had been there.

you could make a freaking flip-book with these pictures and maybe that was the intent.

when grandma ruth died, her photographs were divvied up among the grandchildren. and so i returned from fall semester of college to discover a box lying on my bed. i opened it, detonating the expected cloud of marlboro smoke, and there they were. photographs of me receiving every gift she had given me. (fyi- the rainbo emotion photographs? totally the descendants of these.)

today is debo's birthday. not my father's ex-girlfriend's mind you, but debo's.

it's been a long week and it was good for my soul that this morning these pictures were waiting in my inbox. 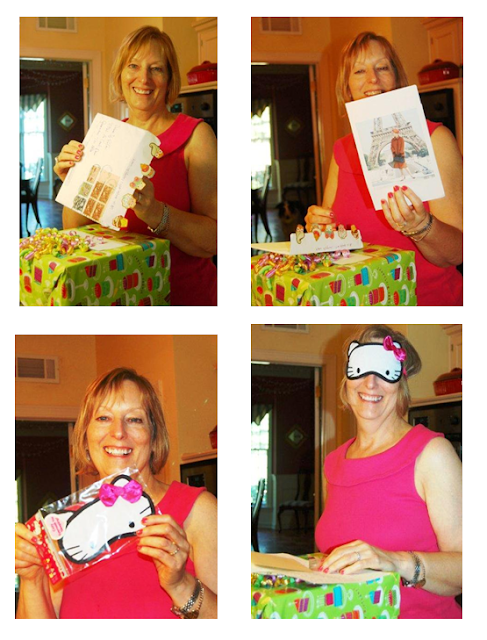 Email ThisBlogThis!Share to TwitterShare to FacebookShare to Pinterest
filed under: ruthless, the family forward