6 there are 3 kinds of wetness? who knew? 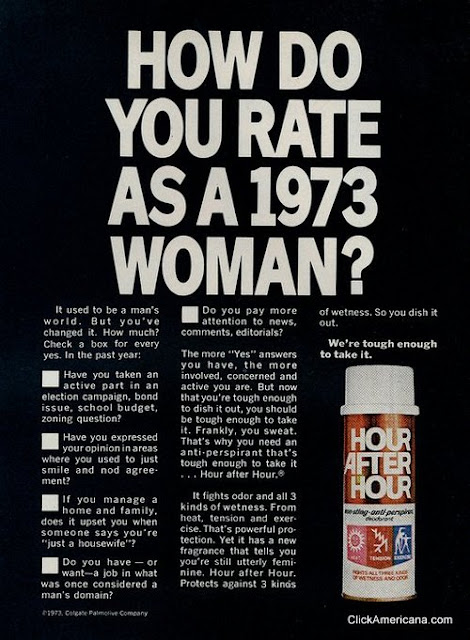 Anyways... Anyone else as disturbed by spray deodorant as me? Do they even sell that anymore?

they do, though i don't know that it comes with this kind of guarantee. i mean, ALL 3 KINDS OF WETNESS? that's quite a promise. i do love the icon for tension. it's like a lightening bolt hitting an airplane. wtf?!

I was going to google "3 kinds of wetness", but decided not to while at work.

I am curious as to the three kinds of wetness...

And I thought that was a lightning bolt hitting an airplane which would be a tense situation. If it can help that situation then it is worth every single 1973 penny.

I am also curious, but also scared to Google it.

see, i think there's a lack of clarity to the language here. because it seems they don't mean three KINDS of wetness (as they say) but rather three different scenarios that create wetness. because wetness is wetness, right?