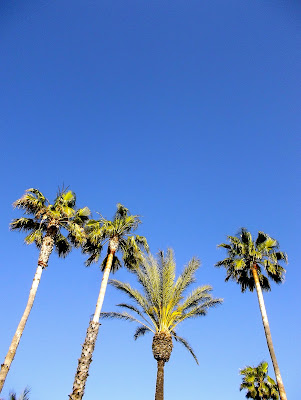 on monday morning, i fell down the back stairs from my apartment. this was my second fall down these same badly lit stairs in 24 hours, as i had missed a step and came crashing down in a similar fashion the night just before. the only difference was that, the second time, i broke the middle phalanx of my fourth finger, something i realized about thirty minutes into that morning's bikram class.

(so if you were all whycome the picture parade this week? voila. an explanation.)

that evening, returning from the doctor after a slew of x-rays and an overly aggressive taping up of my broken middle phalanx, i called my mother and whined: MOOOOOOOOOOOMMMMMMMMMMMMYYYYYYYYYYYY, i don't want to be a grown-up. partly because my finger hurt, mostly because my broken finger and i had to go to california the following day.

my mother traveled a lot for work when i was a kid. being a kid, i thought this the most absolute glamorous thing. my father and i would accompany her to the airport and send her off as though she were boarding the titanic. then she would send me a slew of postcards from the exotic places to which she traveled, glittering metropolises like san francisco and birmingham.

on tuesday, traveling for work and realizing- maybe for the first time- that traveling for work is hella not glamorous and very not even fun, i texted my mother: "you made traveling seem so glamorous when i was a kid. i realize now it isn't." in her comically over-professional way (now all the more comical given the auto-correct on her iphone), she wrote back, "no.  it never was. just tiring. live you bitches. DEBORAH."

during the 29 hours i was in california, jmills and i managed to meet up at an in-n-out equidistant to orange and rancho cucamonga (auto center drive, fyi). this is the main advantage of going to california- it that means my friendship with jmills feels less like a friendship separated by half a country and more like a long-distance love affair in which we regularly commute.

at the in-n-out over burgers and strawberry shakes, jmills asked how life was and i boiled it down to this: "broken finger and california." i was being a total sassypants but, upon returning to chicago and getting assigned to yet another california trip, i realized my sassypants summation was not far from the truth.

it takes a broken middle phalanx four weeks to heal. i'm going to california three times in the month of may.

wait. let's clarify: three times in a 16 day period. to reduce that further: twice in a period of five days. one of those is a biography thing that i have brought upon myself. the other involves a red eye on the morning of the afternoon that i leave for paris.

the paris part of that paragraph is glorious. the broken finger and california, not so much.

Email ThisBlogThis!Share to TwitterShare to FacebookShare to Pinterest
filed under: oline out of the city, wah wah